A LONELY snake has become the Scottish SPCA’s longest resident after 1000 days in care.

The animal welfare charity is hoping to find a loving home for Rascal, a California kingsnake who arrived at their Edinburgh Animal Rescue and Rehoming Centre in the summer of 2012.

Assistant manager Kenny Sharpe said, “Poor Rascal has been with us for nearly three years and has attracted very little interest.

“He arrived in our care after he was found behind a kitchen unit in Bathgate.” 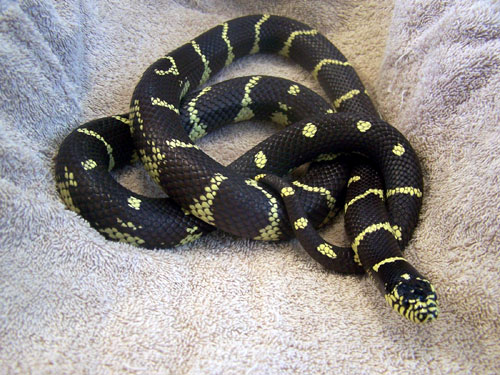 He added: “A lot of people are put off by his appearance but we know there are plenty of reptile enthusiasts out there who will appreciate Rascal for the stunning creature he is.

“Rascal has a good temperament for a kingsnake and we are looking for an owner with previous snake experience to take him on.

“Snakes have specialist care requirements and should not be rehomed on a whim so we would certainly urge any would-be owners to do their research.”

Anyone who can offer Rascal a new home is being urged to contact the Scottish SPCA’s Edinburgh centre on 03000 999 999.