Details of Edinburgh’s Beltane Fire Festival marking the arrival of summer have been released.

Taking place as the sun sets on the last night of April thousands will flock to Calton Hill in the heart of Edinburgh for the event.

The modern Beltane Fire Festival has run since 1988 and is the spring and summer counterpart to Samhuinn Fire Festival, which is held in the city centre on 31 October.

This year more than 40 drums, fire dancing, fire sculptures and flame torches will be part of the modern take on an ancient celtic festival.

Festival goers can also look forward to a procession of weird and wonderful characters awakening from their winter sleep around the hill and the lighting of a huge bonfire.

The festival will also include a faerie garden of giant, glowing toadstools and mushrooms made from candle wax reclaimed from Edinburgh’s underground caves.

“The night itself is always special, the result of months of hard work, and this year will be particularly impressive.

“We’re going all out with dazzling fire performances, mysterious characters and stunning costumes.

“Beltane is something we are really proud of and we want people across Edinburgh – and Scotland – to get tickets, join us on the night and be proud too.”

Advance tickets are available via The Hub and www.beltane.org from £7.50 + booking fee until 27 April.

Some tickets may be available on the night, but as interest in this year’s event is expected to be high, organisers say it’s best to book in advance. 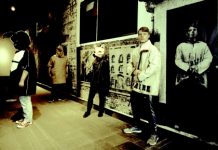 Scottish history in the frame at new exhibition by young people