A COMPANY which specialises in fitting out buildings has won a £1.5m contract with the Royal College of Surgeons of Edinburgh.

Thomas Johnstone Ltd is converting a former language school building into a three-storey events hub for everything from birthday parties and weddings to business conferences.

The commercial enterprises arm of the college specialises in making the most of the institution’s buildings, with profits invested back into running the organisation. 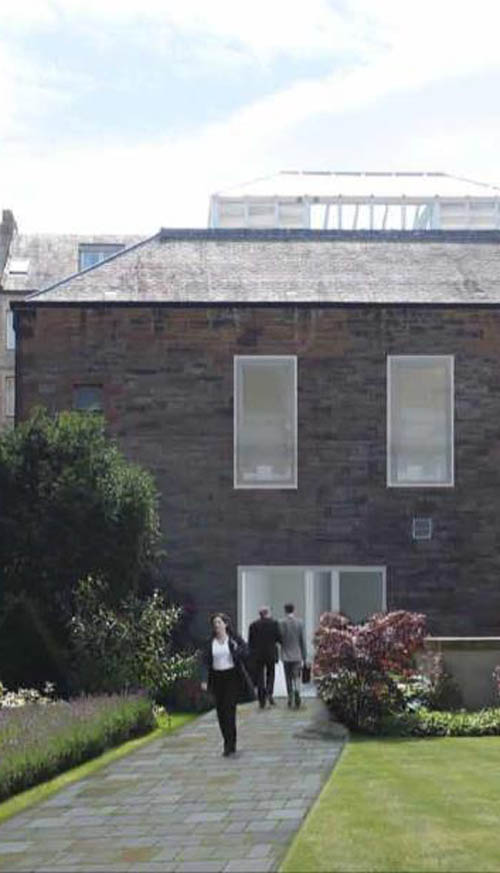 Its new events venue is due to open in May and will be its fourth hosting events and conferences.

Marketing Edinburgh, which promotes the city globally, is delighted that the College is adding to its repertoire of venues, predicting it will fuel a boom in business and tourism.

Thomas Johnstone’s track record with clients including Gleneagles Hotel and the Sheraton Group helped it win the contract.

The firm, which was founded in 1868 and employs 170 people, with its HQ in Glasgow and offices in Edinburgh, has appointed site agent Peter Weir, 32, to lead the project.

Mr Weir said: “This is a very interesting project for TJL and we’re delighted to be involved with the Royal College of Surgeons of Edinburgh.”

The scale of the project has involved more than 30 people on site every day and included a complete strip out of the existing building, including removal of load-bearing walls.

The Royal College of Surgeons was founded more than 500 years ago and is one of the world’s most respected medical institutions.

Among the public it is probably best-known for the Surgeons Hall Museum which houses a fascinating and impressive collections of international importance. It is being renovated with a grant from the Heritage Lottery Fund and will re-open in the autumn.

Scott Mitchell, the college’s commercial director, said: “This will cement our reputation for providing superb venues in Edinburgh and will help put us on the map with major event booking specialists, both nationally and internationally.”