A HILARIOUS comedy line-up has been revealed for the Gilded Balloon Comedy in Glasgow.

Comedian Diane Spencer will be headlining the show, followed by an array of the funniest acts on the Scottish comedy scene.

Since 2010 Diane Spencer has grabbed the comedy world by the balls. She is known for unleashing a tsunami of filth upon her audiences and slicing her way through social boundaries with a sword of breath-taking honesty.

She has performed all over the world from Bahrain to Belfast, and has garnered awards, nominations and critical acclaim for her unique mix of charming demeanor and edgy and dark stand-up comedy.

She will be joined by the manic and energetic Kevin Shepherd, the punchy and vivacious Billy Kirkwood, and the dependable Ray Bradshaw.

Drygate audiences are in for a special treat as Diane, who is currently previewing her new show for the Edinburgh Fringe – “Diane Spencer: Power Tool”, may well be trying out some of her new material on the Glaswegian comedy aficionados.

This new show, with a subtitle of Love, Money and DIY, is based on Diane’s real life experiences of 2014, when she was trying to find/make a dream house, despite being unable to afford it, and absolutely crap at DIY.

Some of the reviews include:

“She is a flame-haired, filth-firing force of nature, tossing the audience from open-mouthed incredulity to tear-filled guffaws.” – Sunday Express

“…her ‘inappropriate’ material, juxtaposed with her posh girl delivery, makes her a deviant Jane Asher.” – Chortle 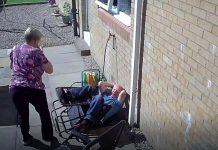