MORE than 600 family and friends of a “highly capable, professional and experienced” soldier attended his funeral today (Thursday). 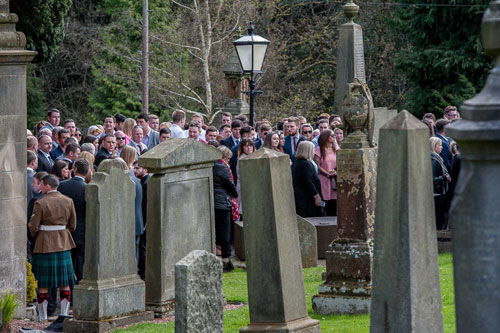 Mourners, many of them dressed in bright colours, paid their respects to Private Shaun Cole in a service at Colinton Parish Church in his home city of Edinburgh. 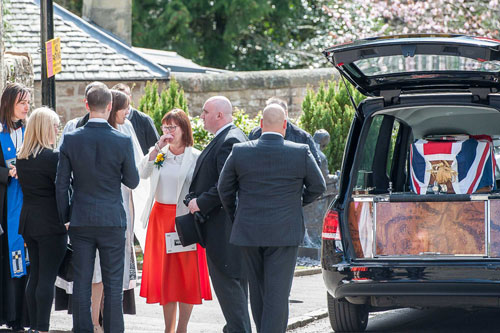 The 22-year-old, who served with 1st Battalion, The Royal Regiment of Scotland, was killed in Miami last month in what police are treating as a possible hit-and-run.

Members of the regiment formed a Guard of Honour as Pte Cole’s coffin, draped with a Union Jack and with his regimental hat and banner on top, was borne into the church. 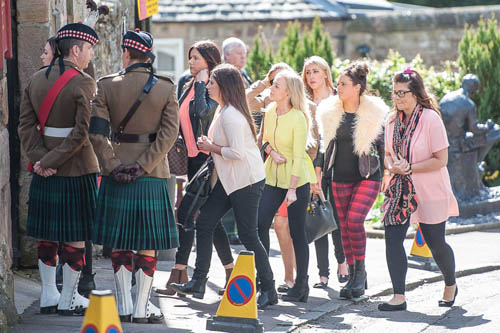 Approximately half of the mourners wore black while the rest were dressed in pink blazers, orange dresses and white trousers.

His family wore sprigs of thistle and consoled each other outside the church as the sun shone down over Edinburgh. 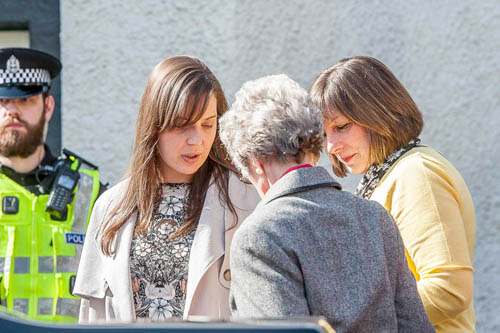 When the service was over the family stood outside to receive condolences before departing for a private burial service which saw a firing salute from eight guns.

His family had asked that media did not attend the service and no details of any music or addresses were revealed. 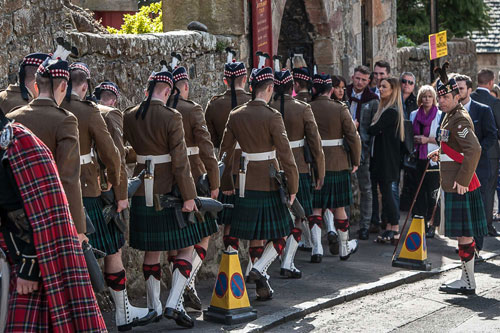 “He had served a little over three years with the Royal Scots Borderers 1st battalion the Royal regiment of Scotland. 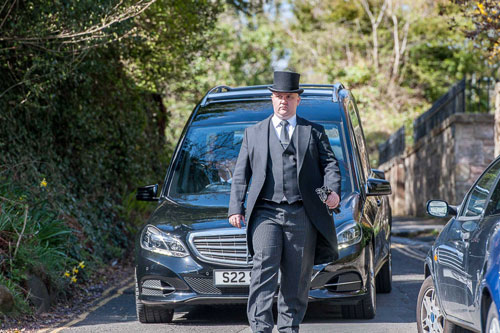 “During that time he proved himself under modern combat operations in Afghanistan and was most recently deployed in support of the humanitarian effort in Sierra Leone combating the ebola virus disease.

“Private Cole was an immensely popular and much loved character in bravo company and within the Royal Scots Borderers. 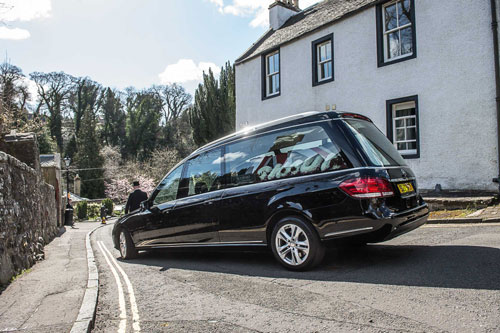 He will be greatly missed and today our thoughts are very much with his family his loved ones and his friends.”

The exact circumstances surrounding his death are being investigated, but detectives believe he may have been the victim of a hit and run. 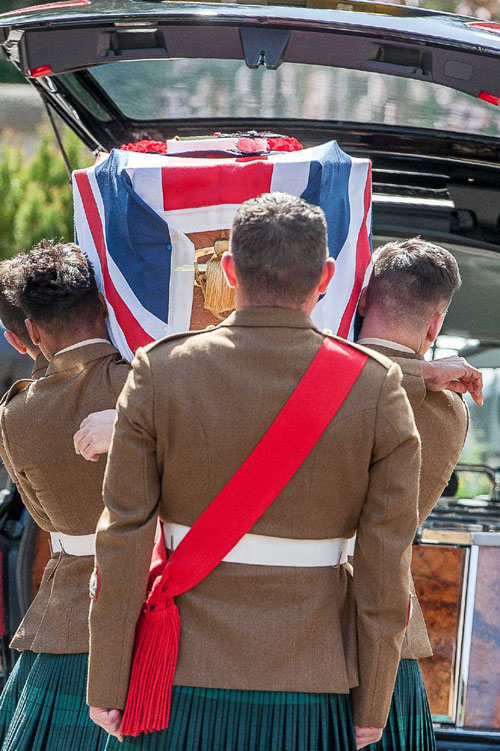 The 22-year-old from Edinburgh was found at 7am on March 29 in Biscayne Boulevard suffering from serious head injuries.

He had told friends he was going to the toilet, but when he failed to return after 20 minutes they went to look for him. 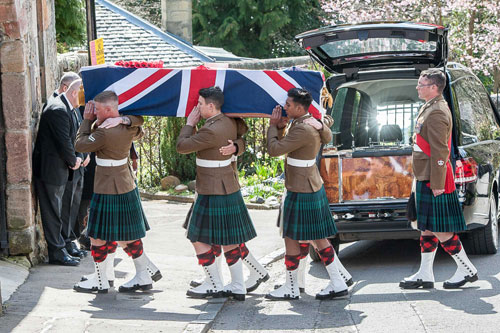 They went back to the motel where they were staying to see if he was there, but carried on searching when they realised he hadn’t returned.

They spotted a heavy police presence nearby, and then saw Shaun on the ground. Witnesses said they had seen him running down the road before collapsing. 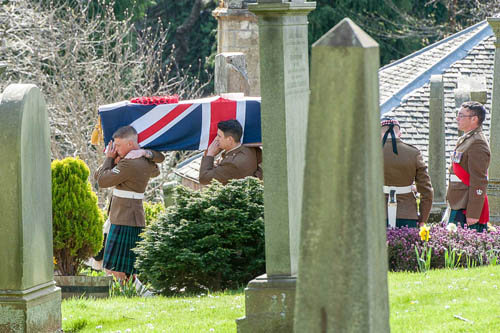 Jamie Lothian, a friend who was on the trip, said after his death: “Still can’t get my head around any of this and would like to thank everyone for the support back home.

“Shaun was the nicest person I ever met in my entire life and there was not a day of my life that went by that I wasn’t speaking to him no matter where in the world we both were and the support he has got at this terrible time is nothing more than the hero deserves. 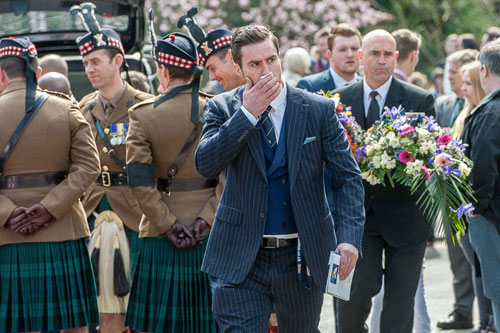 “A true gentleman and down to earth guy loved from all. Love you brother. Forever in my heart, mind and thoughts.”

Pte Cole had also served a tour of Afghanistan. 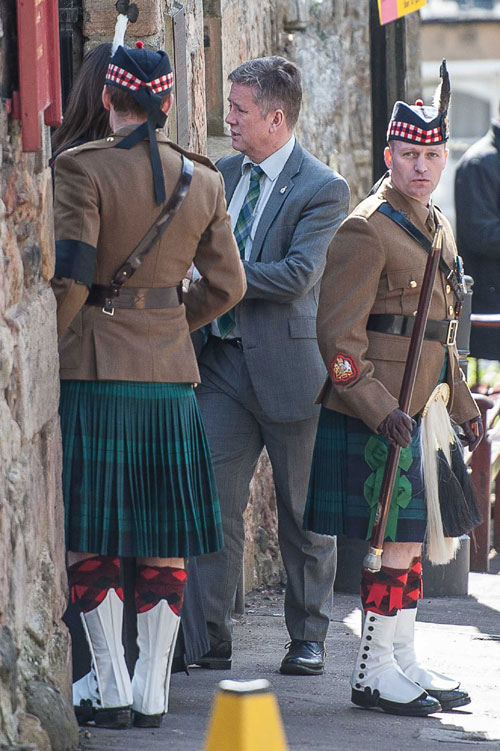 Following news of his death, tributes were left outside the Heart’s fans former schools and family home, and a round of applause was organised at his team’s game against Rangers at the beginning of the month.