2015 is expected to be a “tipping point” where the number of deaths in the UK will begin to rise after decades of falling.

As the oldest of the babyboomer generation move through their later years deaths are predicted to rise by 20%.

A new report suggests that this trend reversal will have significant implications for funeral costs and highlights a growing need for families to broach the delicate subject of end of life expenses.

The report comes from the International Longevity Centre (ILC-UK), and reveals that funeral costs are already soaring in the UK with the cost of a simple funeral increasing by 80% between 2004 and 2014.

With deaths predicted to rise, the report says increasing pressure on funeral services is likely to push prices even higher.

Funeral debt (where money has been borrowed to cover the cost of a funeral) in the UK could also reach a quarter of a billion in less than 20 years.

At present, 14.5 million families would not be able to pay for a funeral at short notice unless the deceased had taken out some form of funeral provision, such as life cover, to help towards the costs.

Baroness Sally Greengross, Chief Executive of ILC-UK, said: “More than half of UK households have less than £3,000 in savings and many will struggle to cover funeral costs.”

“We all need to talk more about dying and ensure we are prepared for the inevitable. State support for funerals is complex and inadequate and without reforms will contribute to more people falling victim to funeral debt.”

Figures show that more than one in four of those who have arranged a funeral in the past five years had to do it without financial provision having been made by the deceased.

Government Funeral Payments have not kept up with rising funeral costs, and in 2012 the average amount given covered just 37% of the costs of a simple funeral. 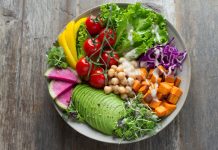