A spokesman for the National Farmers Union Scotland has hit out at plans for the reintroduction of the lynx into the Scottish countryside.

Rob Livesey, Vice-President of the union, said that the “re-introduction of the lynx would be a catastrophe for sheep farmers”.

His objections came after a new survey from the Lynx UK Trust showed that more than 90% of the public would back a trial reintroduction of the species into the UK. 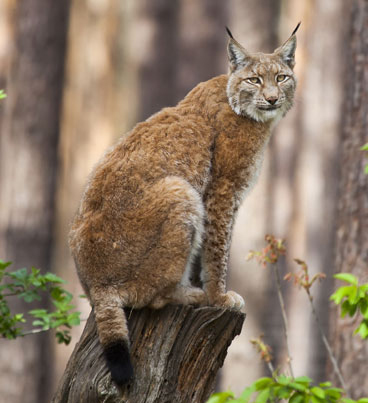 Mr Livesey, who keeps 1,100 sheep on his farm near Melrose, Scottish Borders, expressed concerns that the cats would “eat anything they can get their hands on”, acting as an “additional threat” to herds.

“I don’t see the merit in it really. If it’s to control deer, then use another method that doesn’t infringe on someone’s livelihood.”

He described the reintroduction as “a romantic idea” but warned: “Romantic ideas often have unforeseen consequences”

The National Farmers Union Scotland backed his objections, adding: “Instead of a considered approach to such a complex, costly and controversial issue as lynx reintroduction, thus far Lynx UK Trust appears to have focussed on courting public and media attention.

“In doing so it has failed to abide by many of the basic principles that govern species reintroduction. It has neither properly consulted land managers nor credibly explained how it plans to manage the risks.”

Steven Piper, a spokesman for the Lynx UK Trust , said: “The thing to focus on is lynx predation with sheep has been very well studied across Europe and it has been found to be consistently low.

“We’re not going to pretend that they don’t predate on sheep, because they do. But a reasonable estimate is below 0.5 Lynx kills per Lynx per year.”

Dr Paul O’Donoghue, the Chief Scientific Advisor of the trust said: “In the UK we’ve carried out a rigorous scientific trial and we have no reason to believe that they would behave differently.”