NEARLY half of Scots tell lies every day, according to a new study. 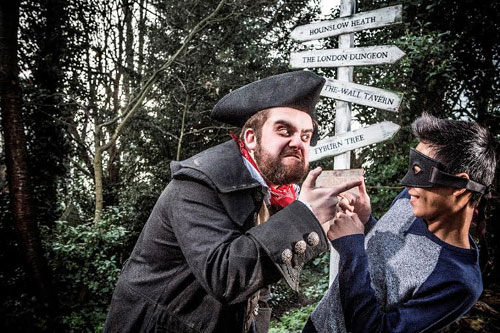 The online poll, done on behalf of York Dungeon, also found 19% have stolen from a shop, 64% would keep a £20 they found on the floor and 34% have hopped on a train without a ticket.

Despite this, 74%  of respondents said they consider themselves to be trustworthy and 68% claimed to be honest.

More than one in 10 would take a dropped £20 note to the police station, whilst 12% would instead donate it to charity.

Mischief seems to love company, as almost one in 10 (9%) have got someone else in trouble as well as themselves.

Borrowing clothes before asking also was high on the list with 12% of people and more than one in 10 (12%) have lied about their age to a new partner or friend.

Helen Douglas, manager of The York Dungeon, which commissioned the research said: “Even though many of those questioned felt they were trustworthy and honest, in truth they admitted to stealing, travelling without buying a ticket and lying to get out of trouble.

“Rascals and Rogues is our new show and we wanted to see how trustworthy and honest the residents of Scotland really are when pitted against some of history’s most notorious characters such as Samuel Gregory and Dick Turpin.

“The survey has confirmed we can all be rascals at times but there are still some honest people out there.”

The study comprised 2013 adults, of which 205 were from Scotland. The online fieldwork was done on 14th and 15th May and was representative of UK adults over 18.

Respondents admitting to telling between one and five “little white lies” a day.