ONE of Scotland’s most senior social workers has warned that funding cuts have increased the risk of tragedies involving children.

An inquiry led by Edinburgh and Fife council officials recently found that circumstances leading up to the death of three-year-old Mikaeel Kular at the hands of his mother “could not have been predicted.”

But Trisha Hall, manager of the Scottish Association of Social Workers, has said that social workers are not being given enough time to think about what they see when they make visits to vulnerable families.

She added that in “significant cases” this was leading to vulnerable children falling through the gaps.

Mikaeel’s mother, Rosdeep Adekoya, was sentenced to 11 years after admitting to battering him to death at their Edinburgh home in January 2014.

He had previously been taken into care by Fife council social workers in 2012 as a result of concerns around Ms Adekoya’s parenting.

After being returned to his mother health and social workers made seven visits to his home, but no concerns were raised.

Speaking to Social Work magazine, Ms Hall said that staff around Scotland were not being given enough time to consider their findings at the homes of vulnerable families.

She also suggested that the amount of money spent on inquiries into mistakes could be put to better use in the sector to prevent the mistakes.

She said: “It is very important that workers are given the time to think about what they see and experience on family visits, analyse their findings and reflect on them with managers or colleagues.

“Often the pace is so hectic and workloads are so heavy that it is simply not possible.”

She also highlighted cutbacks in training budgets and evidence of stressed workers in the sector, calling for greater numbers of social workers.

She said: “What I find quite tragic is that at the time of intervention – of people working with families – it is sometimes very difficult, very hectic, it’s about prioritising and making sure you don’t miss the signs.

“Then if something goes wrong suddenly money isn’t an issue, every expert under the sun will come and contribute to a significant review.”

She added: “When you add up what that [inquiry] cost, you’re talking millions. If even a fraction of that was available at the time of work actually being done, we might not need it.”

A government spokesman said that its new strategy for social services included increased support for the workforce.

He went on: “While decisions on funding of children’s services social workers is the responsibility of the local authority, local government finance settlements have been maintained from 2012 to 2016.” 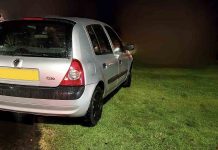 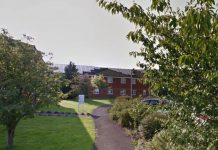 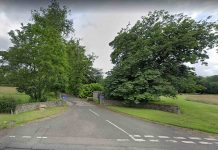