Hibs head coach Alan Stubbs has confirmed that Sam Stanton and Danny Handling are free to look for opportunities away from Easter Road after confirming that the duo are likely to be bit-part players next season.

Dundee have been credited with an interest in taking Stanton, who made just eight starts under Stubbs last term, to Dens Park on loan.

The 21-year-old made his senior debut in 2012 against Rangers and quickly emerged as a precocious young talent under former managers Pat Fenlon and Terry Butcher, earning a new four-year contract last April.

However, he has seen his progress stall in the last 12 months and Stubbs has made it clear that he does not see Stanton as one of his key players for the upcoming campaign.

He is likely to find himself behind the likes of James Keatings, Jason Cummings, Dominique Malonga, Martin Boyle and Farid El Alagui in the attacking pecking order.

Given the length of his current contract, a loan switch would seem the most likely outcome for Handling, should he choose to pursue a move away from Leith.

Stubbs said: “The one thing I want to be is very honest with my players, and we have stated to their agents – very early – that we cannot guarantee them place in the team.

“If they want to stay and fight for their place, then fantastic. But if they feel that they need to be playing week-in, week-out, then that is their prerogative. That is the current situation.

“I think some have suggested that we have told them they are surplus to requirements. That isn’t the case – we have have said that, if they are prepared to fight for their place, fine.

“But if they want to play every week – which every player does – then we can’t guarantee that.”

Meanwhile, Hibs hope to complete the signing of a goalkeeper by Monday.

Youth stopper Sean Brennan is currently the only keeper on the books at Easter Road after the expiry of Mark Oxley’s loan and the release of Tomas Cerny and Kleton Perntreou.

Oxley, who has now left Hull City permanently, and former Easter Road favourite Ben Williams have both been linked with returns to the club. 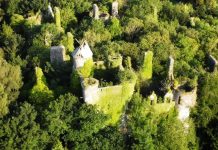