One O’Clock gun “shoots down” gull

THE good news is that we’ve finally found a way to deal with pesky seagulls – the bad news is you need an artillery piece. 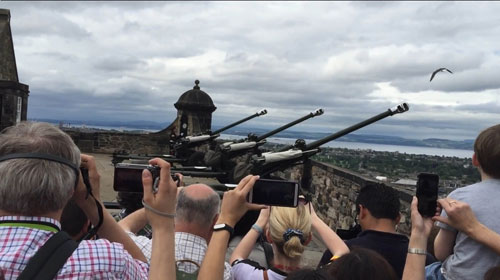 A tourist’s video has captured the moment a gull got its comeuppance when it flew within inches of the muzzle of Edinburgh’s famous One O’Clock gun at the moment it was fired. 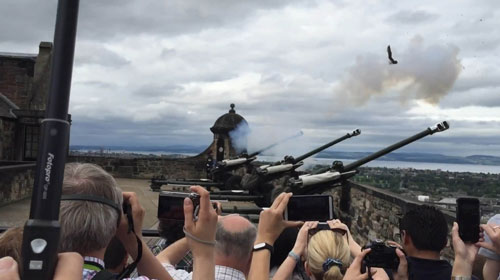 Although the round was obviously blank, the blast was enough to send the bird scarpering, minus several feathers. 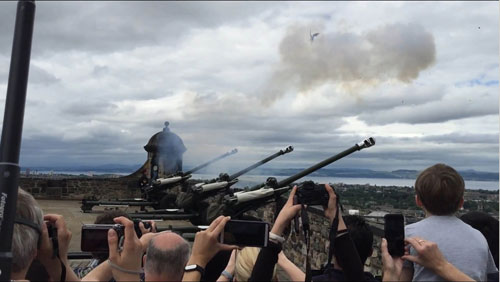 The large crowd that gathered for the firing can be heard gasping but the bird managed to fly away apparently none the worse for its scare. 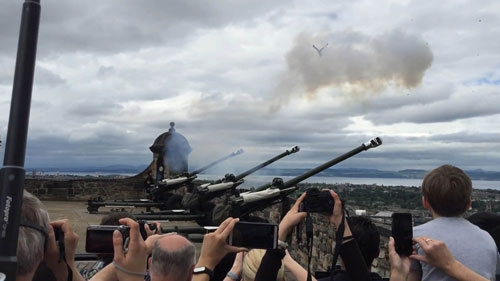 The clip was uploaded by Graham Anderson with the title Bird Almost Gets Hit By One O’Clock Gun At Edinburgh Castle. 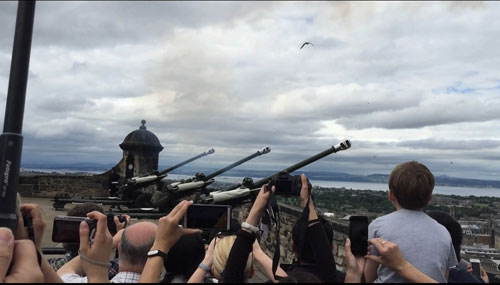 The gun is fired every day of the week, except Sunday, in a tradition dating back 154 years.