A COCKER spaniel called Fudge will today don graduation robes and a mortar board after helping his owner get a degree. 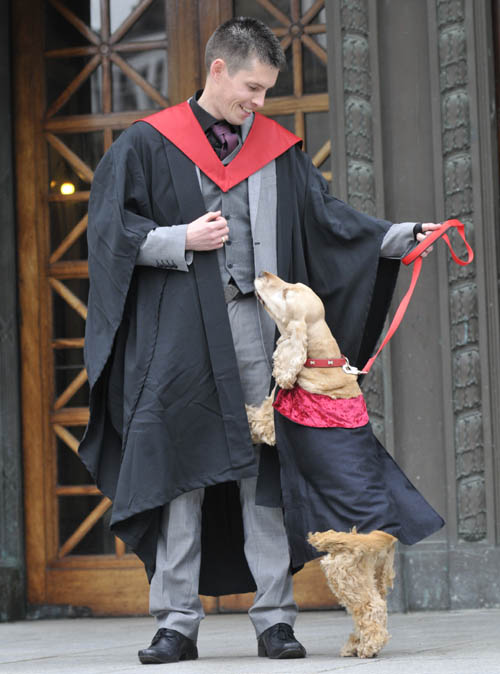 The six-year-old pooch starred in student Jack Proctor’s video assignments and dissertations for his degree in Design and Digital Arts at Napier University, Edinburgh.

To mark his supporting role in Jack’s education, Fudge will join him at his graduation ceremony, wearing his own bespoke robes and mortarboard made by Jack’s wife Julie. 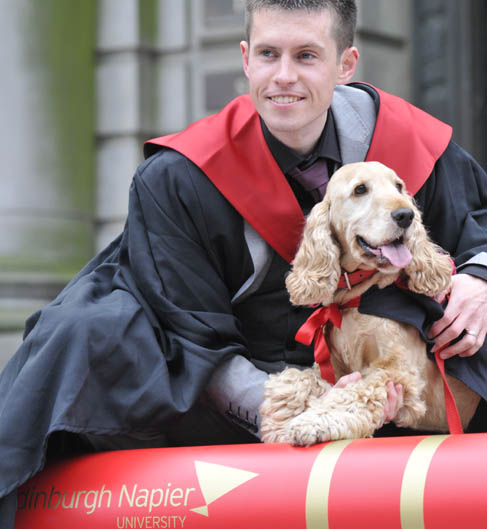 Jack, 34, of Coatbridge, Lanarkshire, said: “I know it seems eccentric, but Fudge has been part of my journey through uni since day one, so it just feels like a nice way to mark the journey’s end.

“He was such a fundamental part of my dissertation that I even mentioned him in the acknowledgement section.”

Fudge has appeared in a number of Jack’s video productions, including a spoof of the ice bucket challenge.

Jack said: “Our Ice Bucket Challenge video was our most successful, with millions of views on Facebook and 250,000 on Youtube, but other videos we had made have had view counts ranging from 30,000 to 300,000, and have appeared on news video sites.

“We are very much a partnership so it just seemed right that Fudge should share my big day with me.”