Mary Queen of Scots will “come alive” this week on the 450th anniversary of her ill-starred marriage to Lord Darnley.

The costumed Queen and her soon-to-be-murdered husband will appear at the National Library of Scotland, in Edinburgh, courtesy of the Edinburgh tour company, Mercat Tours.

The free family event will give both adults and children the opportunity to find more about the life in the royal household in 1565. They will discover how they danced, what food they ate, and what clothes they would have worn. 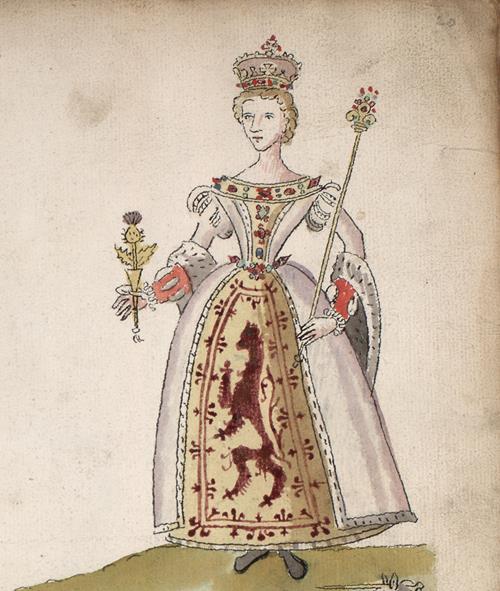 Questions can even be asked of the real-life royal characters which might throw some light on who was responsible for the death of Darnley following an explosion in the house where he was lodging in Edinburgh in 1567.

To accompany the marriage celebration, the National Library will be displaying some original documents from the time, including a letter signed by both Mary and Darnley as Henry, King Consort.

“The life of Mary Queen of Scots has fascinated people of all ages for generations,” said Robin Smith, head of collections at the National Library.

“This is one way to help bring history alive, especially with a younger audience, and we hope everyone who attends will enjoy the event.”

It takes place on Wednesday, July 29, the exact date of the anniversary, in the Library’s boardroom at George IV Bridge, Edinburgh and runs from 2pm – 4pm.

There will be a number of activities for children including the chance to dress up in period costume and take part in colouring in exercises.