A £300,000 cannabis farm has been found – just yards away from Scotland’s busiest court.

The huge hoard of plants was discovered by drug squad police when they raided a tenement building on Oxford Street near Glasgow Sheriff Court on Tuesday evening.

The rundown building contained seven storeys packed with more than 700 cannabis plants – which took the police hours to remove. 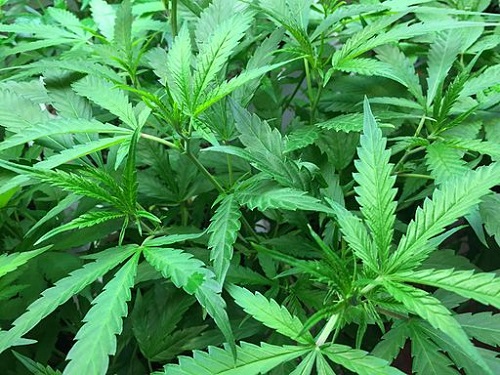 Plain-clothes officers were seen coming in and out of the building as investigations got underway, though no arrests have yet been made.

A Police Scotland spokeswoman said: “At around 7.40pm on Tuesday July 28, officers searched an address in Oxford Street in Glasgow under warrant and discovered a quantity of cannabis plants with an estimated street value of £300,000.

“Inquiries are continuing. A report will be submitted to the procurator fiscal.”

A number of cannabis farms have been found in unexpected places in recent months. A massive seizure of cannabis worth up to £75,000 was found in St Kentigern’s Church in Edinburgh on 3rd April.

A huge cannabis factory was discovered above a popular children’s play centre in one of Edinburgh’s most desirable districts, Morningside. Police discovered around 90 plants with a street value of £64,000.

Glasgow has seen a huge surge in cannabis seizures over the past week.