A BUNGLING council which accidentally painted double yellow lines on the wrong road has forked out £14,000 to remove them.

Transport chiefs at East Lothian Council admitted spending the huge sum to get rid of the mile long stretch of lines – which cost £2,600 to put there in the first place.

To rectify the blunder – which was put down to a “communication error” – the road which was in “good condition” had to be resurfaced. 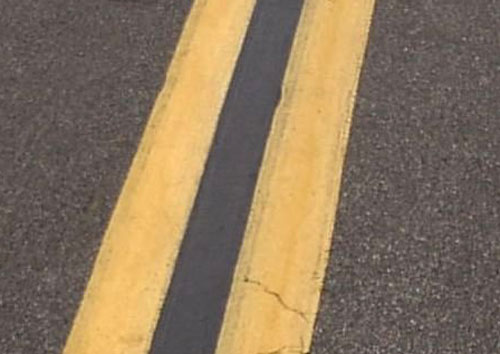 Locals are furious as the mistake was part of the local authority’s plan to charge for coastal car parks.

And taxpayers groups have slammed the “needless error” and called to cut such “wasteful spending”.

In an email transport chief Ray Montgomery admitted the council had spent £16,600 in total on the doomed double yellows.

He explained: “When the works order for the coastal car parking sites was passed to the lining contractor, this road had not been removed from the list and the error occurred.

“The surface dressing contractors were also completing their programme in East Lothian at the time and, rather than overpainting or burning off the lines, neither of which are particularly successful over such a long length, the decision was taken to surface dress the road.”

He said the road was in “good condition” but about a third of it was old bitmac surface.

“It would not normally have been considered for treatment at this time, however, in doing so it will add to the overall life of the surface, he said.

A council spokesman said: “The double yellow lines should not have been applied at this location and were painted in error.

“This was a communication error with our contractor, as the road with initially on the list but was later removed.

“To resolve this issue as quickly as possible, the decision was taken to utilise our existing contractor, who was in East Lothian at the time, and the surface dress the road.

“We would have looked to undertake this treatment to this road at a later stage and by doing so now it provided added protection which will extend the design life of this road.”

Jonathan Isaby, Chief Executive of the Taxpayers Alliance, said: “Taxpayers will be furious that at a time when we’re trying to make real savings across government, the Council is still blowing money through needless errors.

“We have to cut out wasteful spending like this.”

Local SNP councillor Stuart Currie, said: “There are lots of roads in East Lothian that need resurfaced and it seems like the best way to achieve that is for lines to be painted by mistake.

“You just couldn’t make this stuff up.”

The blunder comes just as the council has introduced new charges for drivers using beach car parks in the area.

Cllr Currie, who has started a petition against the charges, added: “With every week that passes the utter nonsense surrounding these charges grows.

“Our sunning coastal roads are being blighted by double yellow lines because of parking charges.”