SIMPLE Minds frontman Jim Kerr will find it hard to forget about his former Perthshire estate – which is being sold for more than double what he asked for it.

The Scottish rock star wrote many of the band’s hits in the six years he lived the stunning seven-bedroomed Ardchullarie Lodge.

The 56-year-old Glaswegian, who has built an impressive property portfolio over the years, reportedly bought the the Scots renaissance property for £250,000 in the 90s. 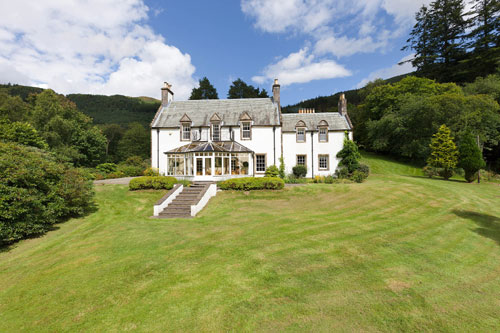 After restoring and modernising his waterfront home he put it on the market in 2010 for offers over £600,000.

Despite more than doubling his money at the time Mr Kerr might wish he’d hung on to it a bit longer as this week it was put on the market once again – for an astonishing £1.3m.

To add insult to injury the current owner, a American car salesman, claims he has done very little to the lodge apart from a fresh lick of paint.

He also appears to be unimpressed by Kerr’s tastes, comparing the paint schemes to making the lodge look “like dormitory rooms from 1920”. 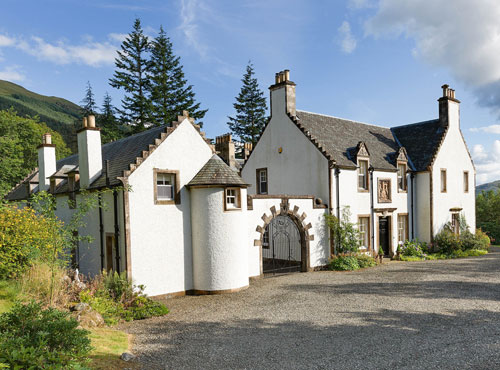 Ardchullarie is described as “a superb traditional shooting lodge” by estate agent Savills.

Overlooking Loch Lubnaig it sits in the Loch Lomond and the Trossachs National Park and comes with 42 acres of land.

The main house has a large conservatory, dining room, game larder and study and there is also a two-bedroom cottage and a three bedroom annex.

Sitting in the grounds, which include a beautiful courtyard, is a brick boat house, dog kennels and sheds. 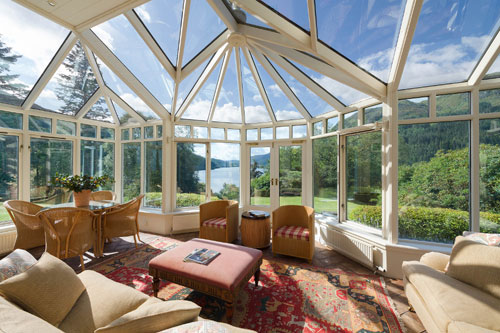 The particulars state: “It was built in 1910 as a shooting lodge for Colonel Archibald Stirling of Keir, father of Colonel David Stirling, the founder of the Special Air Service (SAS).”

It adds: “Designed by Stewart and Paterson of Glasgow, the house is characterised by its restrained Scots Renaissance detailing which includes a range of traditional features.”

In 2010 the Simple Minds star said he was selling the estate because he wasn’t able to spend enough time there. 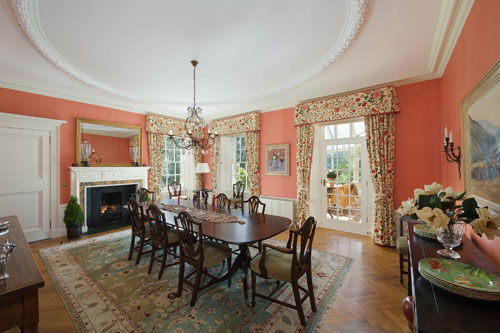 “Ardchullarie Lodge is truly special and I consider myself privileged to have spent much of the past decade in this wonderful house,” Mr Kerr said.

In an interview just after he sold Ardchullarie, Kerr said of the estate: “Amid the myriad breakdowns, that was the place the kids came, and their friends came and often the ex-wives would come as well.”

The current owner Robert Hoehn, a San Diego businessman well known in the States for his affiliation with the auto dealership Hoehn enterprise, has used the lodge as a Scottish getaway over the years. 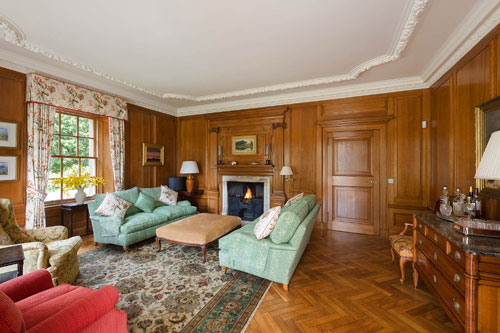 Speaking about the estate this week he said: “It was frankly love at first sight.

“The house was in very good condition other than some of the paint schemes looking like dormitory rooms from 1920.

“However, this was easily changed and, after painting and some wooden floor and panelling restoration, the house was ready to be furnished.” 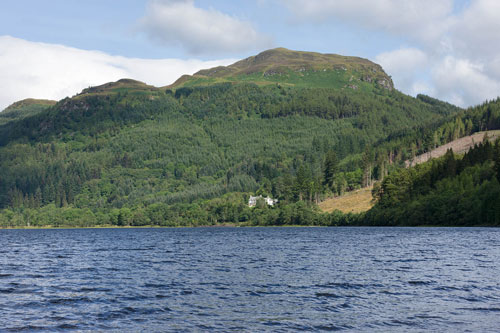 He added: “What I’ll miss most is the ‘at home’ feeling I have had there since the moment we firstwalked into the house.

“It is a very special property.”

Former home of Sir Walter Scott for sale for £5.5m

Run-down fisherman’s shack yours for £80k