A SCOTS motorist has been caught on camera as he travels the wrong way up a one way road, squeezes past oncoming traffic and reverses onto a roundabout.

The dodgy maneuvers appear to be part of a cheeky attempt the avoid a detour at Lasswade road on the outskirts of Edinburgh. 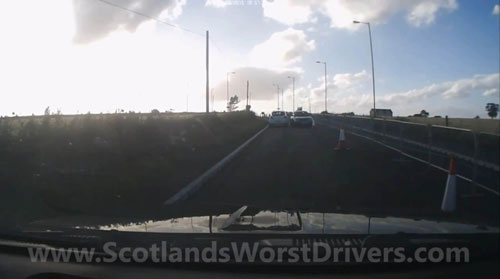 The shocking dashcam footage shows the driver squeezing between another motorist and roadwork barriers, seemingly unbothered by the fact that he is travelling against the flow of traffic.

When he encounters a second car in his path – the vehicle filming the incident – he pauses briefly, before reversing at speed. 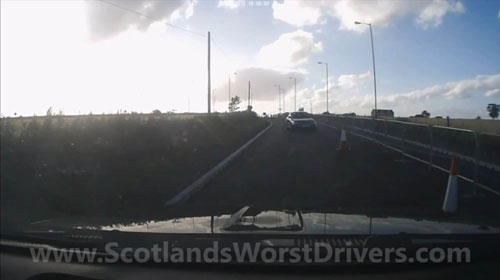 As he reverses quickly he clips a traffic cone, and appears to swerve across the road.

He then exits onto the roundabout in reverse, before driving off down an alternate exit. 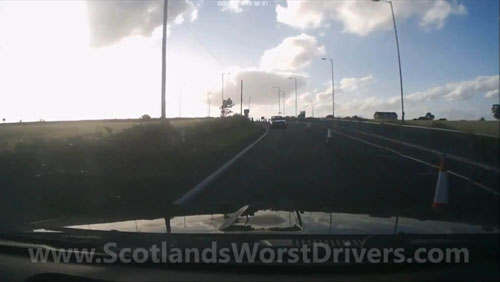 The footage was taken by an unnamed driver on Monday night at around 7pm, and has been published by Scotland’s Worst Drivers.

Although the make and model of the vehicle is unclear, it seems to be a dark coloured small vehicle. 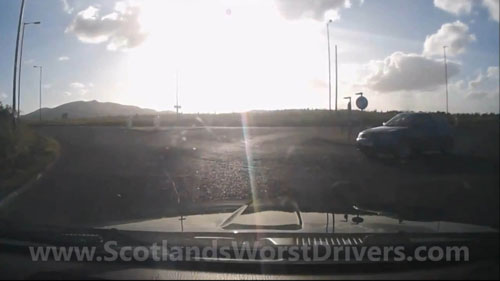 The driver of the camera car said: “The guy actually looked quite annoyed that his way had been obstructed.

“He spun his wheels as he moved off from the roundabout.” 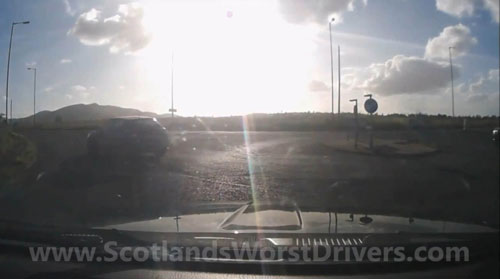 It is believed that the motorist ignored prominently displayed “Road Closed” signs around the street as he made his exit.

A spokeswoman for Police Scotland said: “Police Scotland investigate all reports of dangerous driving and would encourage anyone who witnesses such an incident to contact us on 101.”