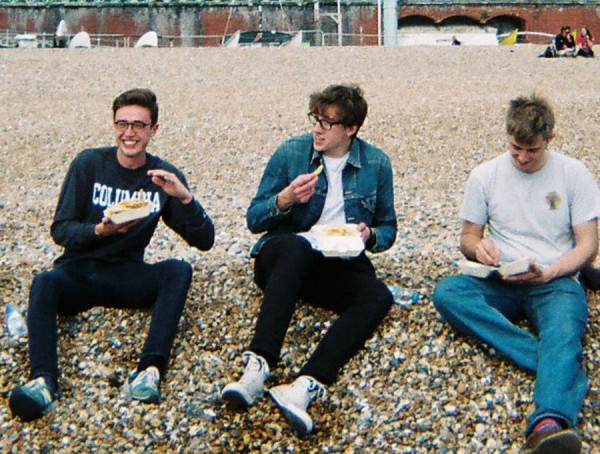 The Princes of Main trio have just come off a Footlights tour, and I honestly don’t know if they still are students.

I could find out, but it’s kind of beside the point for me. Because their blistering hour-long set encapsulated what can be so good about student comedy. When student comedy is good, it’s actually better than “professional comedy” – whatever that is.

Good student comedy has that hungry, heady, pacey drive to it that can out-win the bigger names and bigger acts. You actually don’t even have to be a student to do it. It seems to me like it’s more about being young and fast – and good.

Princes of Main are really really good student comedy – and if you haven’t guessed by now, I mean that with the highest possible praise. Performing in a small and cramped venue they put on a big and smart show. They’re polished, nimble and fast, without running on rails or completely by the script.

The opening sketches are strong by any other measure – but they become great as they are built on and folded over again and again later. We cover restaurant scenarios, art history and the vagaries of Google Maps, taking in the occasional absurdist interlude.

There are short skits and long character pieces – some particularly memorable monologues – and they all work together without a stumble or pause. And it’s all very very bloody funny.

As the show approaches midnight – both very quickly, and covering a huge amount of material – there is also a rising sense of momentum. A bit of audience interaction comes in. Characters break just a little. Accents slide just a tad. Recurring themes and characters are a bit more madcap and het up.

But it’s all in the best part of the fun – and surprisingly even the charm – of the show. As the loose play comes into effect and you approach the end it’s like racing to the finish line in a car you’re not sure will make it. How can a show this full go so well and so quickly?