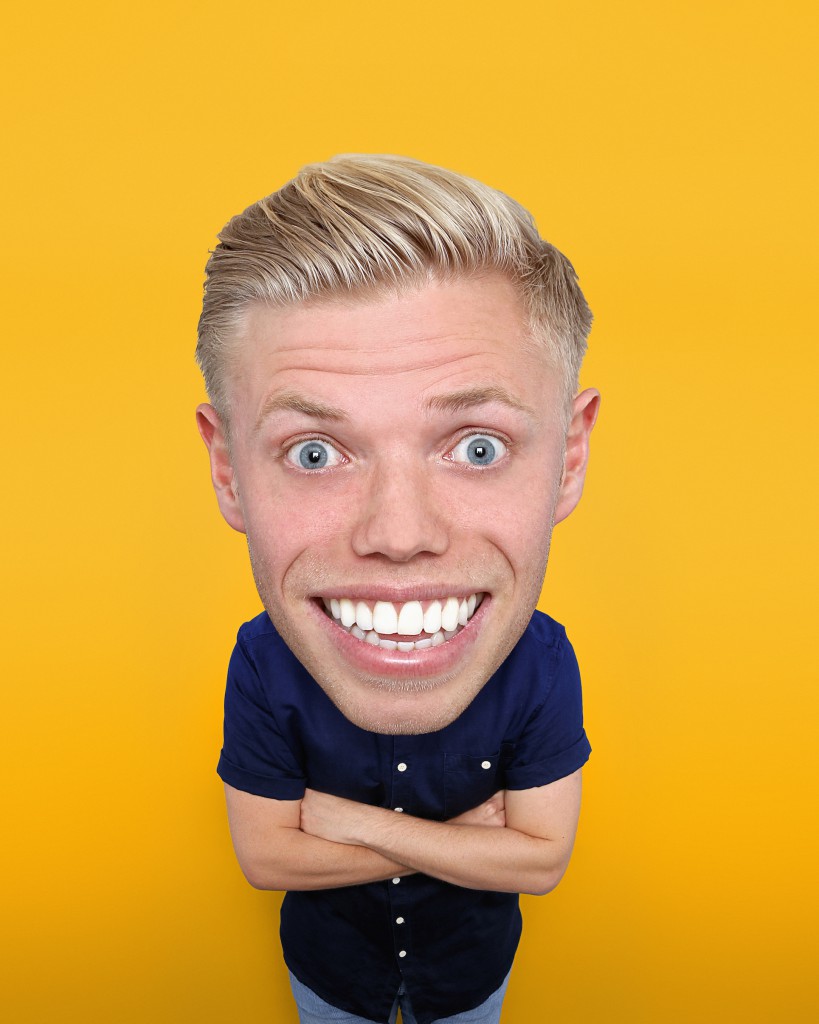 This is my third Fringe, having been once come with a production and once as a punter. Each time you seem to realise more and more that the festival unfolds in stages.

For the first few nights there’s a shakiness to many acts, as they lower themselves into a comfortable position, like a pensioner in a hot bath.

Then there’s a week or so as the performances get better and better, as the gravity kicks in and momentum builds, and then you’re into peak performance time. A lot of the time the best performances come in this ramp up, as the pressure is still there, the reviewers are still making their minds up and it’s all to play for.

What I’m getting at is – I saw Rob Beckett on his very first night, and his material was somewhat shaky, but his persona made me want to like him. Most crucially he made me think the show will get better in the weeks to come.

But should I judge his work as a preview, or as an indicator of what the show might grow into over the course of the festival?

For Rob Beckett I think – somewhat undramatically – it somewhat depends. The point to the show is not the material. Yes, it’s funny to hear about a Souf Landan geezer-flecked upstart moving in with his wife – the observational stuff is good – not great, but okay.

But Rob Becket’s best work was in the audience interaction – where there’s a personality and quick-wits rather than an act on show. When he spars with the audience and slides in the prepared material seamlessly, the set comes together.