JK Rowling sent her fans into a frenzy yesterday after hinting at the identity of a key character in her upcoming play.

Earlier this year, the award-winning author announced that Harry Potter and the Cursed Child would premiere on the British stage in 2016.

Ever since her revelation, she has been bombarded with questions about who the ‘cursed child’ could be.

But now, she has set the internet alight after confessing that her fans already know the name of the anonymous character.

One of her followers, named Megan Jade, asked Rowling: “Is the cursed child a character we have already met, or a new thing completely?”

Rowling replied: “Answering that would give away a huge amount. To quote Chris Cornell: “You know my name.”

Her five million followers then turned hysterical, desperately trying to guess the name of the character.

Some fans even joked that the character may be James Bond, in reference to his famous line: “The name is Bond, James Bond.”

One follower expressed his frustration at not being told the identity of the character.

They wrote: “Could you stop with the riddles for once please? I’m dying to know.”

Another said: “You are driving us crazy.” 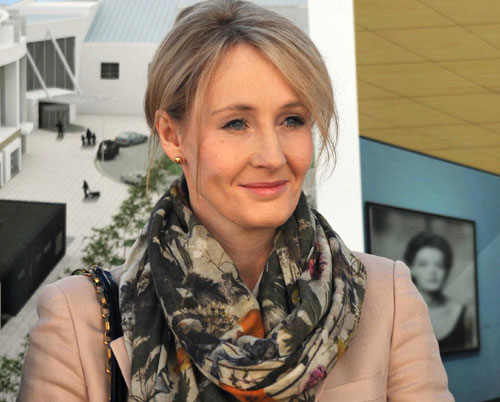 Rowling has taken to Twitter in the past to clarify that the play is not a prequel to her successful novels.

After being asked hundreds of times about the play, she tried to clear things up by announcing: “NOT a prequel. Not. A. Prequel.”

Unfortunately, some followers did not get the message and continued to ask whether the play was a story that preceded the Harry Potter books.

After several more attempts at explaining the play, Rowling wrote: “IT’S NOT A…oh, will someone else please take over?”

She also explained that the play will not be made into a novel, because she believed the stage was “the only proper medium” for the story.

The play is set to premiere at the Palace Theatre in London’s West End next year.