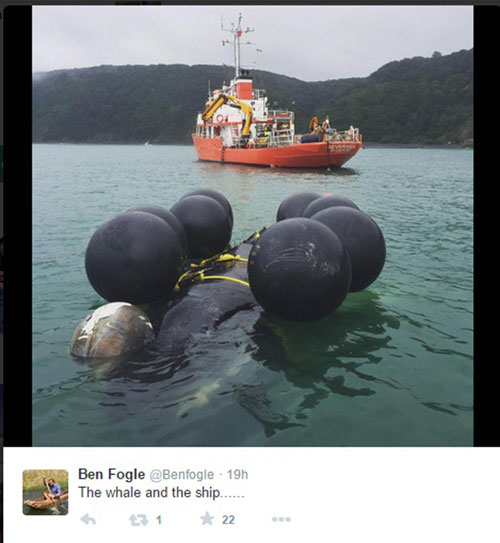 The star, accompanied by shark experts, travelled for several days with a decomposing whale which washed up in the Highlands attached to their boat.

It was widely reported last week that the crew hoped cameras attached to the festering hulk would capture Jaws taking a bite.

But Dr Richard Peirce, of the Shark Conservation Society, who was also on the trip, confirmed yesterday (Wed) that no Great Whites had been spotted.

Reportedly described by Fogle as a “top secret mission”, the crew had dragged a 7-ton dead humpback whale into the sea as bait, and filmed the animals which fed on it.

The whale drowned near Helmsdale on the north east coast of Scotland in June, and was donated by the Scottish Marine Animal Stranding Scheme (SMASS). 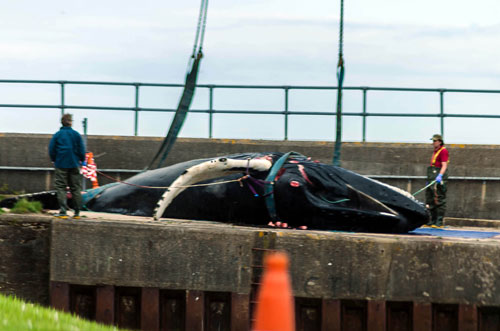 Asked if a Great White had made an appearance, Dr Peirce said: “No. We were never going to find one.

“A Great White Shark is a needle in a haystack and the needle and the haystack keep moving.

“We were only out there for a few days.

“We were knee deep in sharks – mostly blue sharks – but no Great Whites.”

Fogle himself tweeted a pictured of the whale and ship but made no comment on the results of the expedition.

An ITV spokesman said: “From the outset, this project has been about studying whale fall, which is a hugely significant event in marine life.

“It has not been observed or filmed before in British waters, so this presents a wonderful opportunity to get an unprecedented insight into marine life around our island in all its rich diversity.

“Sighting a great white shark was never set out as the aim or expectation of this project.”

The documentary is scheduled to screen on ITV in the autumn.

Dr Peirce, a respected authority on sharks, went along as an expert adviser

The investigation recreated what happens to a whale when it drops to the bottom of the ocean after it dies.

Its carcass was dragged through an area known as Celtic Deep, and was fitted with cameras to film marine life.

Tragic drowned whale to be fed to sharks on TV