Celebrities help musician with cancer to raise over £18k

CELEBRITY fundraisers have helped a Scots musician with cancer to raise over £18,000 in just two weeks.

Carey Lander, who plays the keyboard for Glasgow indie band Camera Obscura, was diagnosed with osteosarcoma – a rare form of bone cancer – in 2011.

After initial treatment the disease was in remission – but in May she was told that the cancer had returned and was likely to be inoperable and fatal.

Last month she launched an appeal to raise £3,000 for others with the condition – which is most commonly found in children. 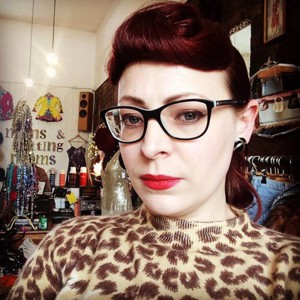 Carey, 33, has played the keyboard for the band since 2002 – in which time they have released four albums, two of which made the top 100 chart.

After her 2011 diagnosis and treatment Ms Lander was able to continue playing music, but the band has now pulled out of shows in California and Mexico next month when her cancer returned.

In a statement accompanying her appeal Ms Lander said: “Sadly, my illness is here tripping me up again and I feel like it’s time to tell people a bit more about it.

“In May this year I was told that the cancer had returned in my lung again and may not be operable.

“Again the doctors did their best to fit around my plans and my lung surgery was delayed until we had played the two UK dates we had in the diary, although it meant I had to sit down and wasn’t allowed to sing.

“Although I received surgery on my lung to alleviate some of the discomfort the cancer was causing, it was at this time it emerged that the disease had progressed too far to be treatable.

“Sadly I don’t think my future is going to be very extensive. I’m pretty ill and things are progressing fast.

“Therefore it felt like time to set up the fundraising appeal, not for me, but for those unlucky ones in the future that are going to have their lives blown apart by sarcoma.

“Particularly horribly, it’s a cancer that most commonly occurs in children and because of its rarity, receives scarce attention or funding.

“It’s probably too late to help me, but it would be great if we could find something in the future that means children don’t have to undergo such awful treatment and have a better chance of survival.” 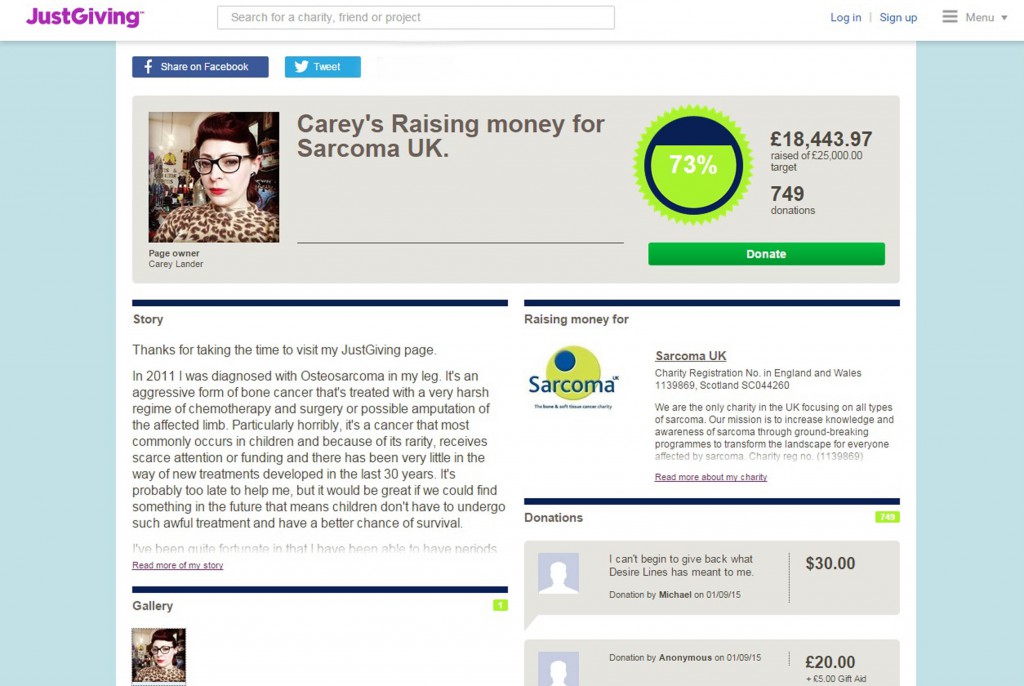 But her initial appeal for £3,000 was blown out of the water when a host of celebrities – including Breakfast Club actress Molly Ringwald, journalist Jon Ronson and author Marian Keyes – began donating, pushing the pot of cash to be donated to Sarcoma UK to more than £18,000.

On Monday she added a post to her Just Giving donation page, saying “Thank you so much everybody, the charity and I are so grateful and I love reading your messages.”

She also said they were “going to up the target to something far away and high in the hope that there are more people out there as generous as you.”

Carey has now raised her target to £25,000, saying that the campaign had been “a real source of comfort to me and my friends and family in the last few weeks.”

A spokesman for Sarcoma UK said the charity “would like to thank Carey for sharing her story, and raising awareness of osteosarcoma.

“We are blown away by the ever-growing fundraising amount, which now stands to reach a target of £25,000.

“This will help us to raise awareness, provide support and information, and fund high-quality research, in the hope of finding a cure.”