A SCOTS brewery has been accused of “mocking trans women, sex workers and homeless people” after a publicity stunt badly backfired.

BrewDog, Scotland’s biggest independent brewery, released a video titled “Don’t Make Us Do This” showing them begging on the street and posing as sex workers in windows.

Their aim was to encourage potential investors to crowdfund the Aberdeenshire-based company.

But the LGBT community have slammed their efforts – and are calling for a boycott of the £238m business.

An online petition has already reached 8,000 signatures, demanding that the brewery apologises and pulls the video.

BrewDog founders James Watt and Martin Dickie founded the company in 2007, specialising in brewing craft beers for bars and wholesale.

In the video they can be seen begging for cash on the street, selling themselves in a garage sale and cross-dressing as sex workers – soliciting passersby for cash. 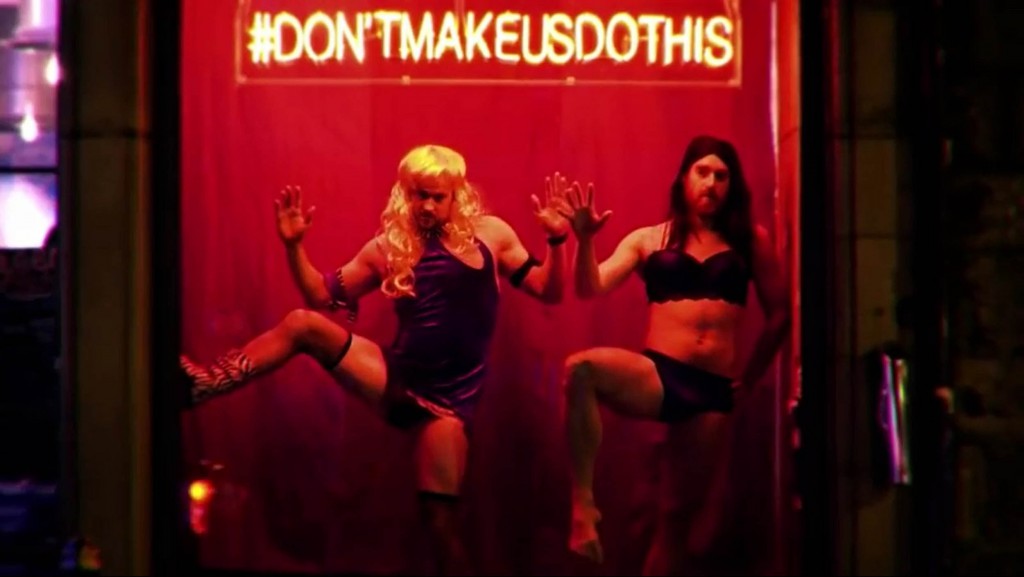 The clips have been dubbed “disgusting” and “offensive” by campaigners, who are determined to make the pair see the error of their ways.

The online petition reads: “BrewDog beer company claims to be “beer for punks”. They claim to be ethical. Yet in their new crowdsourcing video they mock homeless people, trans women and sex workers.

“They say, “don’t make us do this” whilst performing as offensive caricatures of people, many of whom already suffer discrimination every day.

“They are mocking the lives and experiences of people who real punks would be defending and helping.

“Worse, this is a fundraising video – they’re using these images in an exploitative manner to make money.”

The petition currently has over 8,100 signatories, whilst the video itself has been viewed just over 9,200 times.

But the BrewDog founders have hit back strongly at the campaign.

Following the backlash, Watt released a statement which reads: “The video we created was to launch the CrowdCube aspect of Equity for Punks and was made in the spirit of fun and sending ourselves up – it’s a shame that some people have taken offence where none was intended. 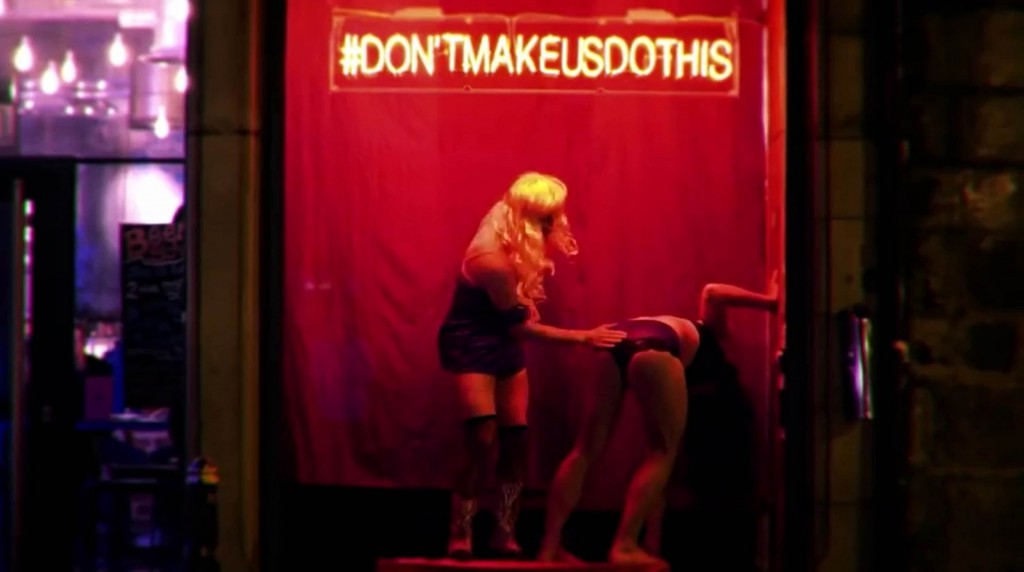 “We have a history of supporting and championing the LGBT community, and will continue doing so. Watch this space.”

In the past, BrewDog have released a “protest beer” mocking Russian president Vladimir Putin’s homophobic laws.

The label of the ‘Hello, My Name is Vladimir’ beer read: ““Hello, my name is Vladimir. I am 100 per cent hetero and will pass laws to prove it.

“Drinking me gives you energy, ignorance and dogmatism required to shoot a deer (with your top off) and pass internationally denounced, discriminatory legislation (top optional) before you’ve even had your caviar breakfast.”

The company has become known as one of Scotland’s greatest business success stories in recent years – named as the fastest-growing food and drinks company in Britain for four years in a row.

Now valued at £238m the firm produces over 120,000 bottles of beer every month – employing 400 and shipping to over 50 countries worldwide.

Since their explosive growth the brewery has been seeking investors to expand further – using popular crowdfunding site CrowdCube to sign up beer fans to their “equity for punks” project.