A LEADING whisky distributor has claimed that new distilleries are “seducing” customers into buying alcohol that has not been aged long enough.

Ian Bankier, executive chairman of The Whisky Shop, says that small companies are selling whisky which has been aged as little as three years instead of the usual ten.

He also said that: “Some of the established distillers had grumbled that the new community of craft distillers were in receipt of a leg up funding from the Government.” 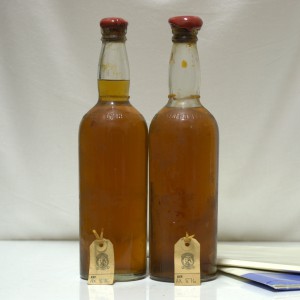 And is now warning investors and the general public about the “outburst” of new whisky ventures.

“Whisky is an entirely different proposition to brewing beer, making cheese or home baking,” he said.

“These can be instant – whisky just isn’t. It’s an extremely long-term game that needs a lot of investment.

“Craft distillers have neither time nor money in any abundance. Don’t be seduced by the outburst of so many small distillers.”

He also bemoans a recent trend of small-scale production following on from the widespread success of artisan breweries.

Recent figures show that boutique distillers make up a third of the total number of established Scotch whisky distilleries in Scotland.

Mr Bankier said: “From an investment perspective, each of the rash of new distillers to the market has been seeking private investment for their business proposition.

“Some propositions I’ve seen have been very light on information and detail. A lot of people are parting with investment money thinking these craft distilleries will be a great way to make a quick buck. They are not.” 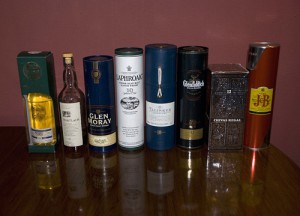 Mr Bankier, who is also the chairman of Celtic football club, made his comments following the opening of a new £10m distillery in the Outer Hebrides.

Anderson Bakewell, founder of the distillery, said: “We set out with the objective of writing a business plan that was as robust as it could be.

“We were also very transparent about the nature of the whisky business.”

The distillery plans to produce the equivalent of 300,000 standard 70cl bottles a year of a single malt, The Hearach, named after the Gaelic word for someone from Harris.

Other new distilleries to open in Scotland in recent years include the Ardnamurchan Distillery which opened in July 2014 on the shores of Loch Sunart, and the Kingsbarns Distillery in Fife.

Whisky is one of Scotland’s most lucrative exports, making up a quarter of all its food and drink revenues and contributing £4.25 billion to the UK economy.