THIS incredible video shows the moment a pair of ambitious golden retrievers took to the waters of Islay to swim with dolphins.

Local David Ferrier caught the action on camera after taking his two golden retrievers on their daily walk this Sunday.

Whilst strolling along the beach at Kilnaughton Bay on Islay the two dogs – half-sisters Morgan and Riley – spotted a pod of dolphins in the water.

For a moment the two retrievers stand in the shallows of the bay – their ears pricked up as they try to figure out what the mysterious shapes in the water are.

But then, without another moment’s pause, the purebreed pair set off into the icy waters of Scotland’s west coast.

The pair swim make it some 50m from the shore to swim with the dolphins, which can be seen playfully swimming in the waters around them. 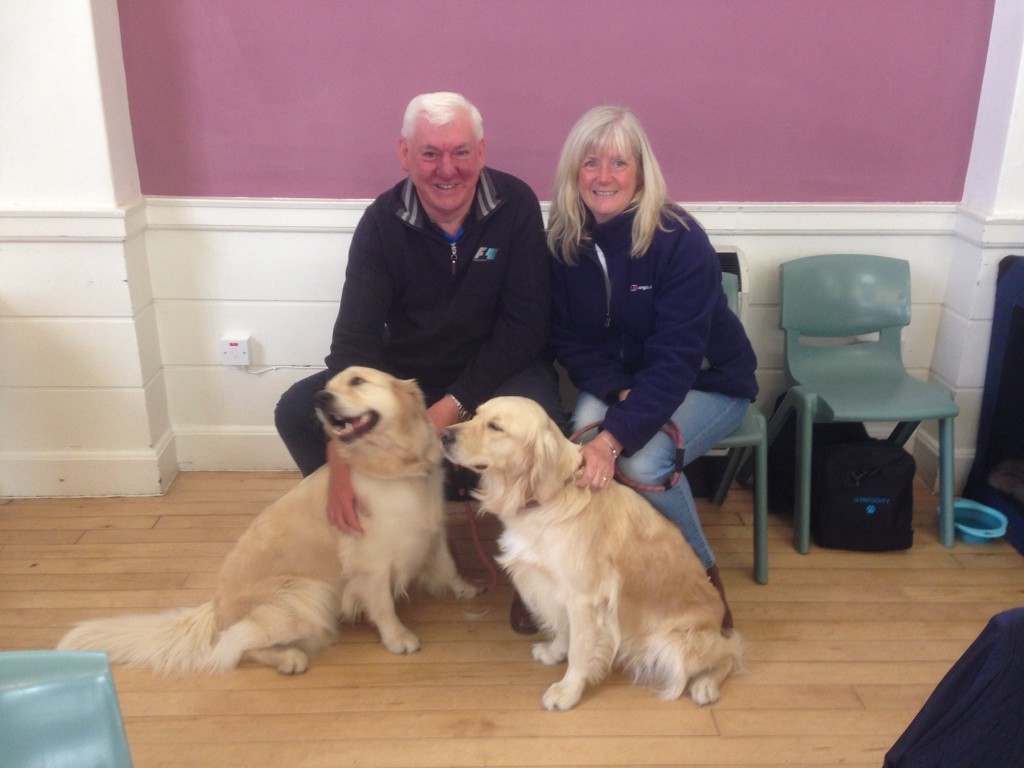 Their owner – 54 year old David from Bowmore – eventually calls to the pair to stop them getting out of their depth.

But as they are making their way back to shore yet more dolphins can be seen surfacing all around them – and the dogs can’t resist sticking around for longer.

Every time the dolphins resurface the dogs swim in their direction to play with them.

David said the pair spent another ten minutes at sea – swimming and playing with the dolphins – before safely returning to the shore. 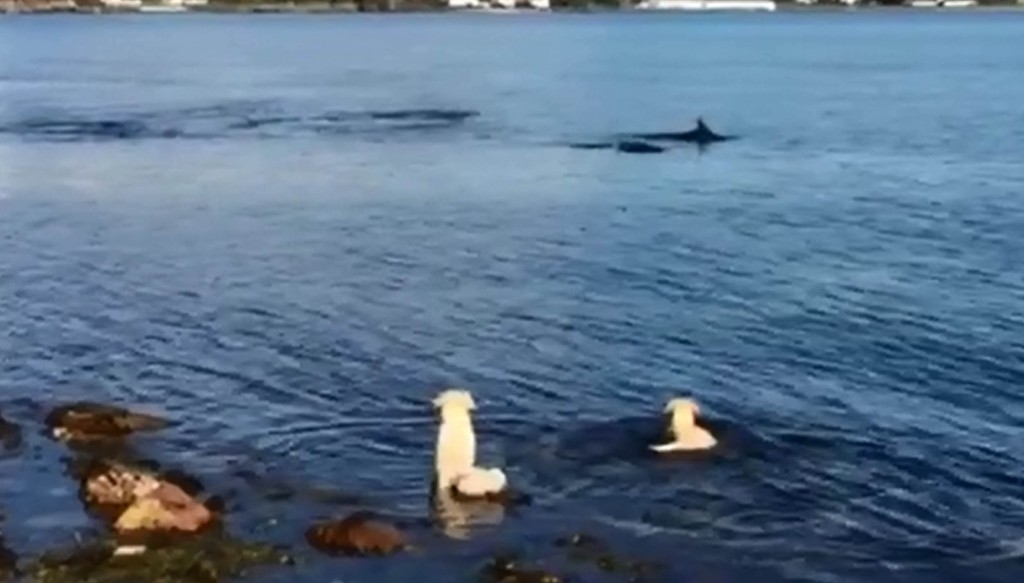 He said: “We get a lot of wildlife like this in the islands.”

“It’s  a place where the wildlife comes to you.

“We went out for a Sunday walk and low-and-behold”

He estimated that there were three or four dolphins in the pod which Morgan and Riley swam with.

“There was a larger pod further out”, he explained, “at least 15 – but three or four broke off and came much closer to shore.”

He also explained that Morgan and Riley – who are half-sisters – are joined at the hip, so it comes as no surprise that they undertook their latest adventure side by side.

He added: “Water is not a problem to them- the dogs are bred for recovering birds from shoots, so they’re water dogs.”