A COUPLE have blasted “hateful” vandals who painted the words “my arse” in giant white letters in their disabled parking bay.

Alexander Begg, who has survived several heart attacks, and his wife, Pauline, who suffered breast cancer, are both registered disabled and have a dedicated parking space outside their home.

They returned from a recent holiday to find the offensive message daubed in foot-high wall paint in the middle of the space and immediately above the word “disabled”. 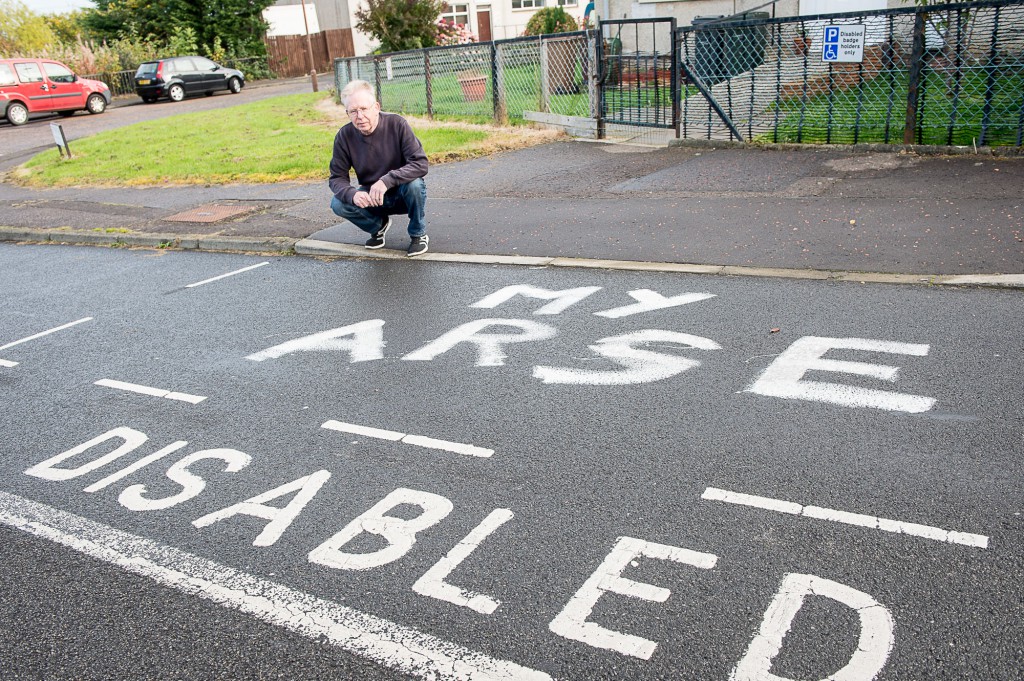 Police are investigating but neighbours in the congested, narrow street in Currie, Edinburgh, appear to have little sympathy with one claiming the couple are “not popular”.

To make matters even worse, Edinburgh Council took several days to remove the graffiti in Forthview Crescent because the only machine capable of doing the job was broken.

The Beggs discovered the message three weeks ago as they returned home in their 14-plate Ford Focus, paid for out of 57-year-old Pauline’s disability allowance. 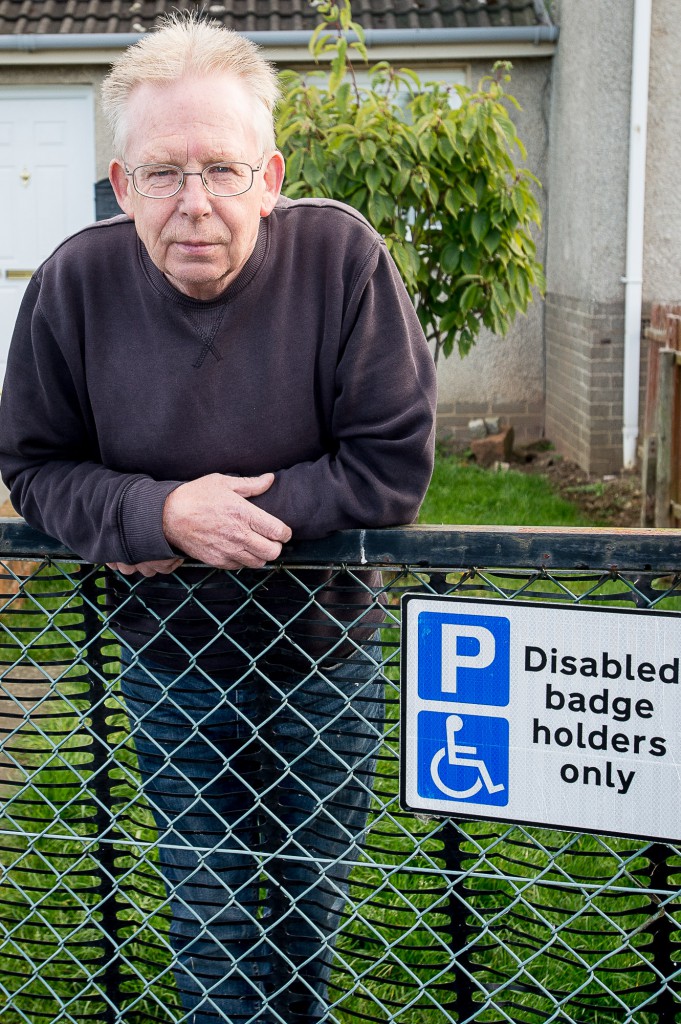 Alexander, 62, said: “I have a few ideas as to who it might be. I think it was probably some hateful locals. It really p***** me off that someone’s done that.

I’ve had heart-attacks a few times and had to have a heart operation to replace a valve a few years back.

“I’m on 16 painkillers a day as the operation did not go well, and it’s dangerous to strain myself.”

He added: “Pauline has had breast cancer and has cirrhosis of the liver. She was in hospital for five months a few months ago.

“It really annoys me and Pauline is very upset about it but I’m not going to let it force us out of here.

“I’m going to buy a security camera and install it on our front wall so that if something like this happens again I can see who it is for myself.” 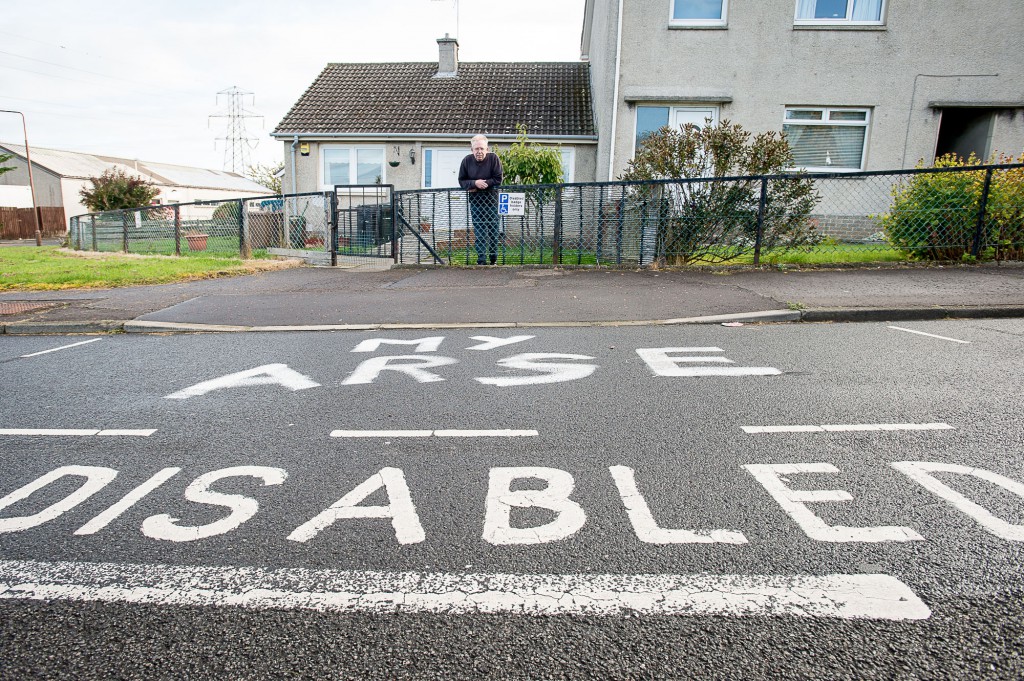 Locals appeared indifferent to the plight of the couple.

One said: “I’m not that bothered really. I’m sure they don’t need the space.”

Another neighbour, who did not wish to be named, said: “It could have been any number of people that did it – they’re not very popular around here”.

The Development Manager for Update, a charity which provides information to disabled people in Scotland, Michelle Davitt, said: “We’re very disappointed that someone would even think of doing something like this.

“I think it shows a complete lack of understanding about a disabled person’s needs. I’ve not heard of graffiti used to target the disabled in this way before.”

A spokeswoman for Edinburgh Council said: “We aim to remove offensive graffiti as soon as possible, but there has been a delay in this instance because of problems with the required equipment.

“We have spoken to the person who uses this parking bay and assured them that it should be cleaned within the next 24 hours.”

A spokesman for Police Scotland said: “The incident happened sometime between 12 noon on Thursday, September 24, and 3:30pm on Thursday, October 1.

“Enquiries are ongoing and anyone with relevant information is asked to contact police on 101.”