Lee Miller has revealed he is hopeful of penning a new deal with Falkirk after admitting he is happy with the Bairns.

The 32-year-old returned to his first senior club in August but signed just a short-term contract that expires early in the New Year.

The former Dundee United, Aberdeen and Kilmarnock striker netted the first goal of his second spell with Falkirk in the 1-0 win over Morton earlier this month and started back-to-back matches for the first time this season against Hibs last Tuesday and Dumbarton on Saturday. 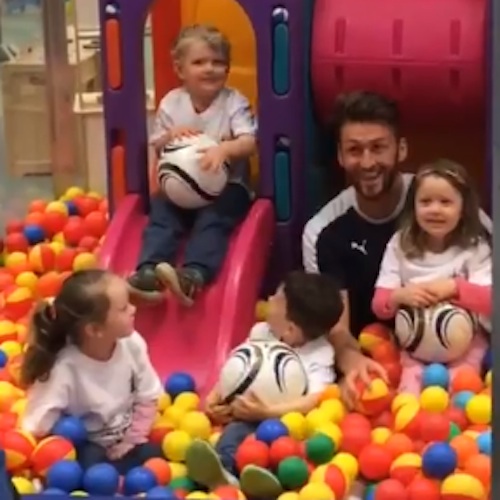 And the Scotland cap has confessed he is relishing life with the Bairns so much he is keen to sort out a longer future with Peter Houston’s men.

He said: “My contract’s up about the beginning of January and hopefully we’ll get something sorted out before then.

“Hopefully long may it continue that I’m playing in the team and doing well.

“I like it here, I enjoy it and I like everybody involved in the club – not just the playing staff but the staff throughout the club; they’re great people.”

Miller was speaking as he helped to launch a free match-day creche service for players and supporters at the Falkirk Stadium and he is hopeful that clinching a promotion play-off place will also prove child’s play for the Bairns this term.

The Scottish Cup finalists sit third in the table after the first 11 games of the campaign, having lost only twice – against Rangers and Hibs – and racked up six wins and three draws.

Manager Peter Houston has set his squad a target of 15 points per quarter to land a top-four spot.

And, after hammering Dumbarton 5-0 in the wake of last midweek’s controversial loss to Hibs, Miller believes the play-offs should be well within their reach.

He added: “”Our first quarter was really good points-wise, although there were still come games in there where we could have taken more.

“We’ve got a good squad and we work hard for each other, and I don’t see why we can’t put together another quarter like that again.

“Games like Saturday’s against Dumbarton are the ones we have to win to be in amongst it.

“We reacted to the Hibs disappointment in the correct manner. We battered Dumbarton. There was going to be a team that took a spanking and we gave it to Dumbarton and I think there probably was some frustration from Tuesday night.

“We’re going in the right direction.”