MASTERPIECES in Scotland’s national galleries have suffered at the hands of clumsy film crews, biro-wielding schoolkids and art lovers with grubby mitts.

Works by Damien Hirst, Eduardo Paolozzi and Roy Lichtenstein are among 29 to have needed repairs over the past 15 years, according to National Galleries of Scotland (NGS).

In one of the strangest incidents, a visitor failed even to recognise an “installation” as art and walked straight into it. 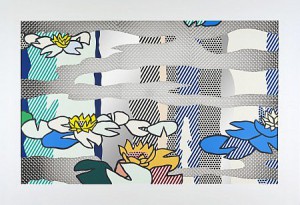 And the problem seems to be getting worse, according to the NGS, with five incidents of damage recorded this year alone.

One of the most recently damaged pieces was a screen print by pop-art pioneer Lichtenstein – one of just 23 in the world, each worth up to £500,000.

The piece – titled Water Lily Pond with Reflections – is currently on show at the National Gallery of Modern Art in Edinburgh. 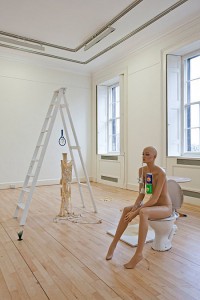 Conservation experts were called in earlier this year after fingerprints were noticed on the work.

The modern piece – which “offers a cryptic, deliberately enigmatic, meditation on a woman’s life, childbearing, the passing of time and the issue of career versus traditional household ‘duties’” – comprises of a mannequin on a toilet and a stepladder with a tennis racquet hanging from it, surrounded by broken glass. 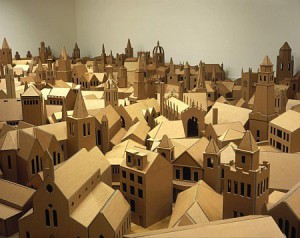 The piece was damaged after a visitor wandered through the middle of the installation, knocking over a piece of broken glass, shattering it further.

To restore the work to its former glory, the artist provided the gallery with another piece of glass – broken only by her.

In the second incident, it appears a piece of the installation fell off, puncturing the canvas on the floor. 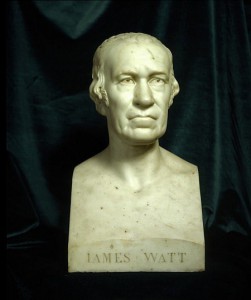 Douglas Gordon’s piece, List of Names – a towering three storey list including the names of everyone he has ever met – needed work this year.

Security guards discovered that a member of the public had scrawled their own name at the bottom of the list.

One of the first incidents on the list occured in 2000 to Scots painter Adrian Wiszniewski’s piece, Kingfisher. It was scribbled on by visiting schoolchildren. 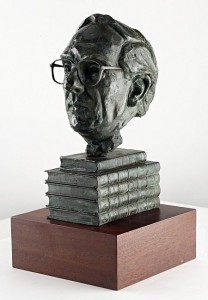 Other damaged pieces included work by modern icon Damien Hirst – who set a European record for the most expensive work by any living artist when his work Lullaby Spring was sold for £12.6m in 2007.

Once again, records showed that in 2009 staff found that his work titled Grey Periodic Table had been smudged by the wandering hands of one of the galleries’ two million annual visitors.

Also in 2009, two sculptures in the National Portrait Gallery were damaged by a visiting BBC film crew. 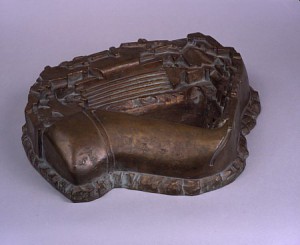 The crew accidentally knocked over a 100-year old marble bust of Scots inventor James Watt – on loan from Heriot-Watt University, which in turn hit a bronze sculpture of Donald Dewar, the inaugural first minister of Scotland, causing a total of £1,340 of damage.

The damage done to the piece by famed Scots sculptor Eduardo Paolozzi, meanwhile, remains a mystery, after staff found eight fragments of one of his pieces on the floor of their storage space in 2001.

A spokesman for the National Galleries of Scotland said: “Our staff do everything possible to minimize the risk of any damage but inevitably with a large collection and a huge audience there will always some risk of accidental or even deliberate damage.

“Happily such instances are very rare and can nearly always be made good by our expert staff.”