A DEVOTED dog owner suffered bruises, scratches, sore ribs and torn jeans after her trio of pooches took off, dragging her behind them.

Angela Tarr, 44, was captured on CCTV at her home in Devon, as the pets spotted fellow canines across the road.

After a brief struggle to control the dogs, Angela lost her balance, landed on Jack Russell Sprocket, and disappeared out of the drive on her back and with her legs in the air.

Her husband, Jon, can be heard drolly commenting “There she goes” while saving the CCTV footage for posterity on his mobile.

After their son, Alex, uploaded the footage to Twitter on Tuesday it was shared thousands of times.

Brave Angela, despite her ordeal, carried on the walk with Sprocket, Yogi, a bull mastif, and lurcher Jack.

Little Sprocket, after contributing to – then breaking – his owner’s fall, suffered nothing worse than a temporary limp. 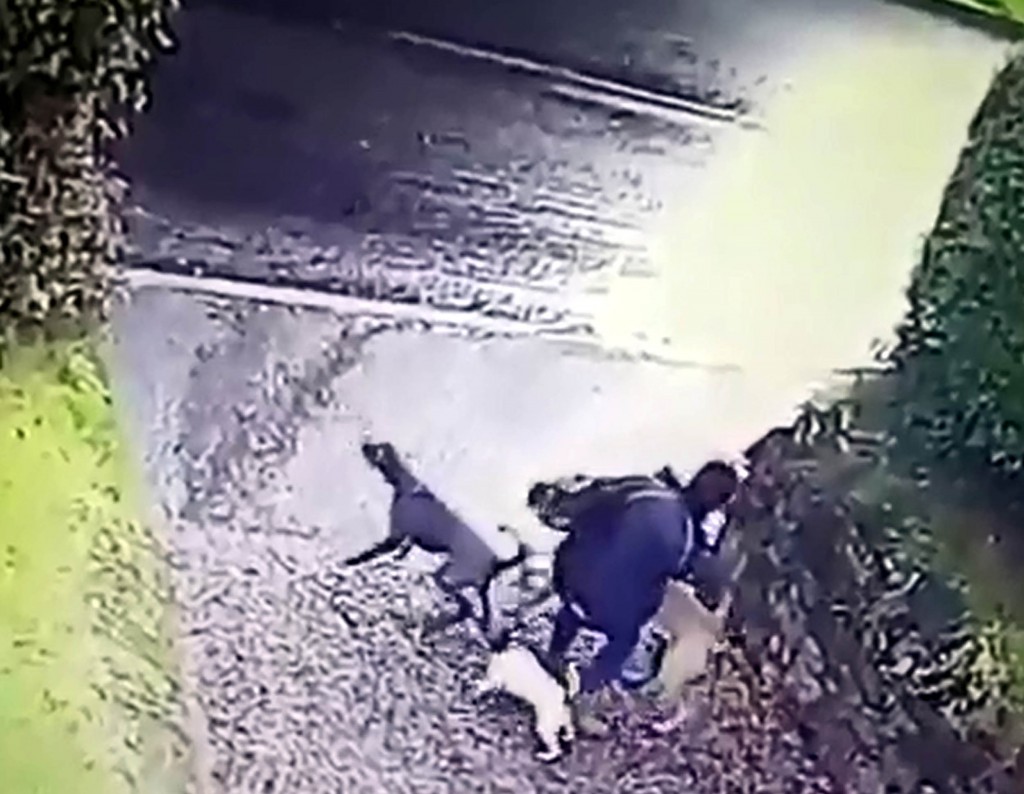 Alex said: “She just took the dogs down and they saw another three dogs so ended up charging so she ended up being on the ground for about five minutes as they dragged her along.

“She didn’t want to let them go in case they got into a fight with the other dogs. 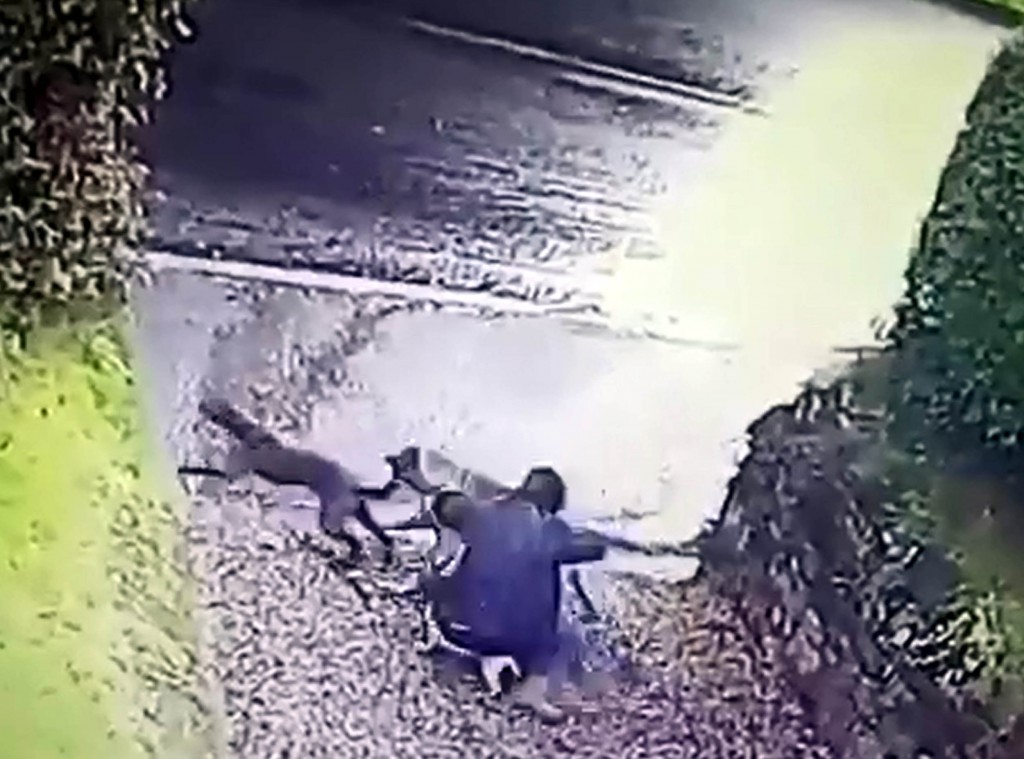 He added: “She had bruises and sore ribs afterwards and had ripped all her jeans but carried on and took them for a walk anyway.

“Sprocket was limping for a while afterwards as well  because she landed on him.

“She was in stitches when she seen the video and thought the reaction to it on Twitter has been hilarious. She loves the attention.” 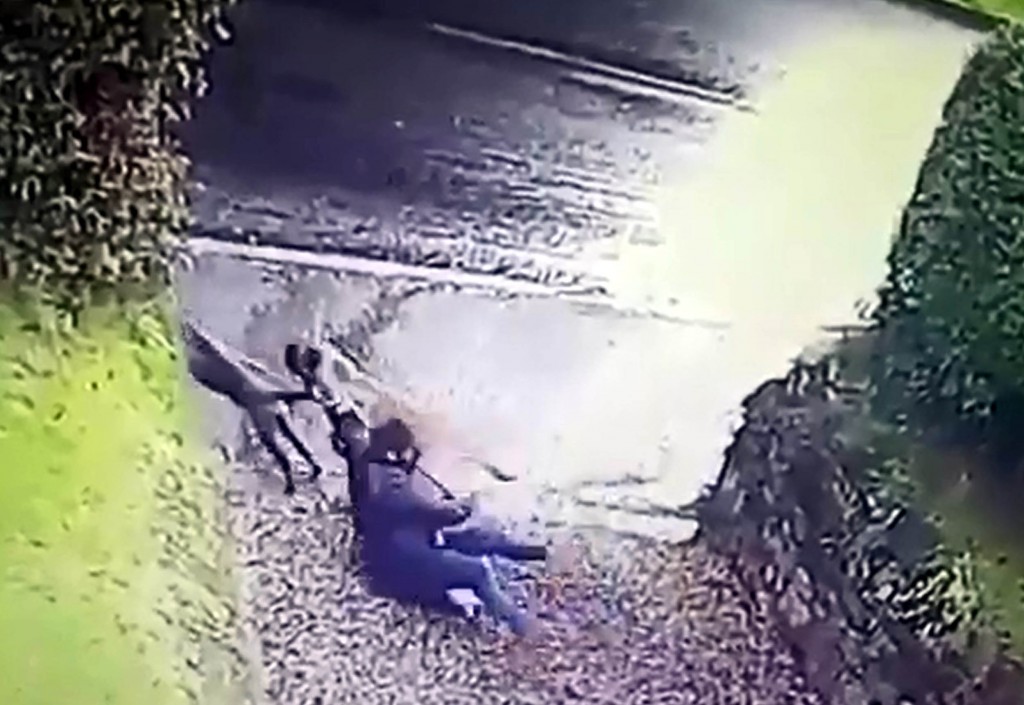 Jon decided to film the CCTV on his mobile and in his improvised commentary says: “Oh there she is, hold them babes, hold them.

“There she is, there she goes.”

Valma Bunce summed up the feelings of most viewers on social media, writing: “Oh thanks so much. I was having a bad day till I watched this.” 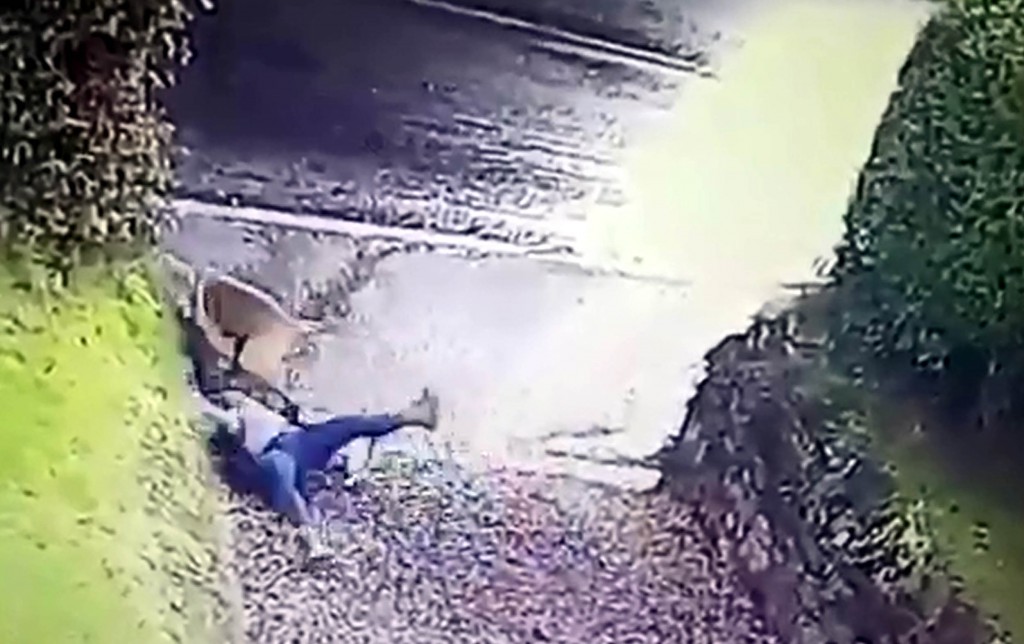