Greg Fleming insists Ayr United are refusing to get carried away with their incredible unbeaten run – because Dunfermline are still favourites for the title.

The Honest Men host third-placed Airdrie this afternoon seeking to rack up a remarkable 14th game without defeat.

It is a stunning sequence that has included a 2-0 win over Dunfermline, the only full-time club in the division and the side most expected to run away with the title this season. 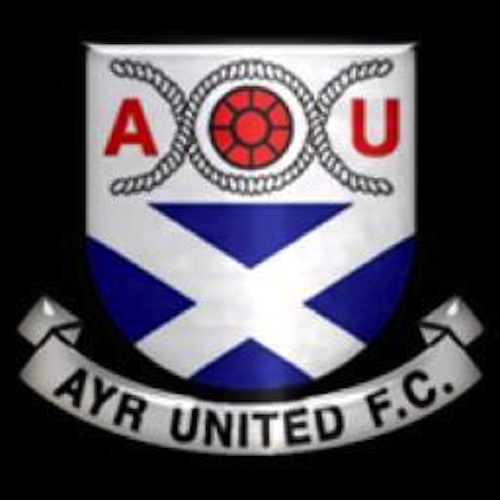 Ayr currently enjoy a one-point advantage over the Fifers but Fleming, who spent a season on loan at Dunfermline in 2009-10, admits boss Ian McCall is helping keep everyone’s feet on the ground.

The former Gretna, Oldham Athletic and Stenhousemuir number one said: “Being the only full-time club in the league, I think Dunfermline are still favourites.

“But we’ll be challenging there as much as we can.

“Everyone was expecting Dunfermline to walk away with it but we’re doing quite well just now.

“We just want to keep this run going as long as possible.

“The manager has got the right blend of players in the squad and the lads are all pulling in the same direction.

“The manager is an experienced guy and he’s just trying to keep us focused on what we’re doing and keeping things going.

“He’s been stressing to us that there are no easy games in the league.

“Everybody knows that and we’re determined to keep this run going.”

Ayr’s unbeaten run includes a 2-1 win over Airdrie back in September but Fleming knows the visitors will prove tough opponents as they try to cling to their current third place.

The Diamonds also lost 2-0 to Dunfermline last weekend and Fleming expects them to be smarting.

The 29-year-old added: “Airdrie are doing well this season. It will be a very hard game but we’re at home and you always want to win your home games.

“Getting beaten by Dunfermline last week they’ll be out to make amends for that and get back to winning ways as soon as they can.

“But anything can happen. Who’s to say another team can’t go on a similar run to the one we’re on?

“An Airdrie or Peterhead or whoever could go on a run and pull themselves up towards the top, so we just have to keep this run going for as long as possible.”