GORDON Ramsay has been trolled for posting a photograph of his teenage daughters wearing short skirts.

The Hell’s Kitchen star shared the picture on his Instagram and Facebook page yesterday which shows his children and a family friend posing at twins Jack and Holly’s 16th birthday party.

The photo, which has already received 31,000 likes and nearly 600 comments, shows lookalike son, Jack, 16, glammed up with Matilda,14, wearing a striped two piece revealing her midriff, Holly,16, in a short sparkly dress, Megan, 17, wearing a sparkly mini skirt and cropped top and their friend wearing a dress with a low neckline.

But almost immediately after posting the image, the proud dad was bombarded with comments criticising how the girls were dressed with dozens of fans saying that the girls were “dressed like hoochies” – slang for a promiscuous young woman. 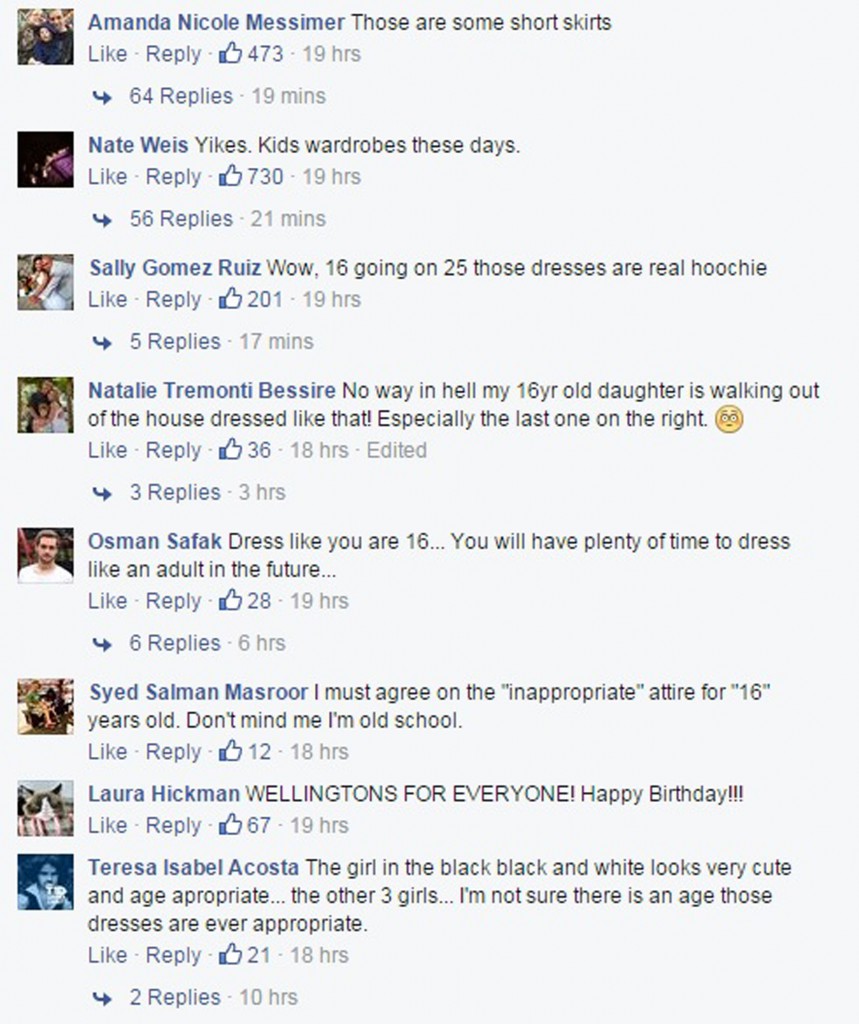 One user, Sally Gomez Ruiz, received over 200 likes on Facebook for writing “Wow, 16 going on 25. Those dresses are real hoochie.”

Kimberly Phillips, wrote: “These girls are advertising something very precious is for sale to the lowest bidder. Please, dad keep her innocence a little longer. Teach her to respect herself. #CoverUp.” 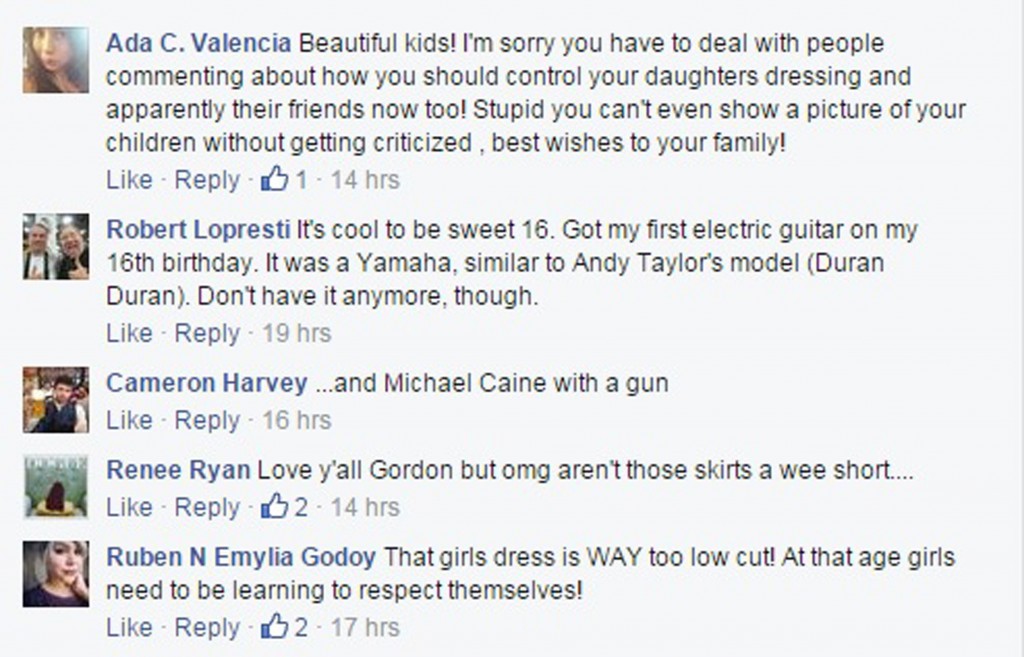 While Andrea Tomasicchio said: “ I am not ready for when my girls are teenagers. Yikes those skirts are short.”

However, several fans were quick to jump to the family’s defense saying that the girls’ outfits were the style for teenagers nowadays.

Sandra Allison wrote: “Very beautiful picture.Their wardrobes are of the early seventies when mini skirts were in style I know I was one of them.

“I wish I was 40 years younger because I would be wearing them now from a old lady soon to be 59. All five of you look fantastic.”

And Ada C. Valencia said: “Beautiful kids. I’m sorry you have to deal with people commenting about how you should control your daughters dressing and apparently their friends now too.

“Stupid you can’t even show a picture of your children without getting criticized , best wishes to your family.”

Almost a day later, Ramsay had not responded to the tweets.