SCOTS have shared hilarious pictures of the Forth Road Bridge following announcements of its closure. 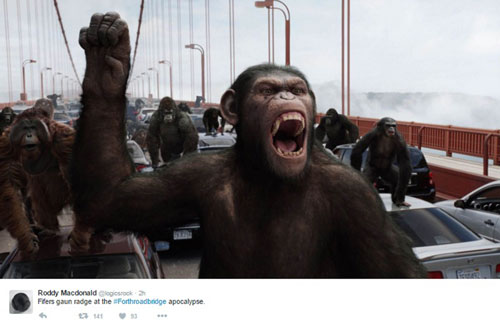 At midnight on Thursday, officials closed the busy bridge with the initial guidance that it would be shut for 24 hours due to a structural fault.

By Friday morning it had been announced that the bridge would be off-limits until after the New Year.

And furious Scots have expressed their frustration – by likening the news to an apocalypse and suggesting various methods of crossing the estuary.

One Twitter user shared a snap from the hit film Planet of the Apes, in which hundreds of monkeys can be seen causing chaos on a bridge.

They captioned it: “Fifers going radge at the Forth Road Bridge apocalypse.”

Another photo shows “live scenes” from the bridge – a giant octopus wrapping its tentacles around a pylon. 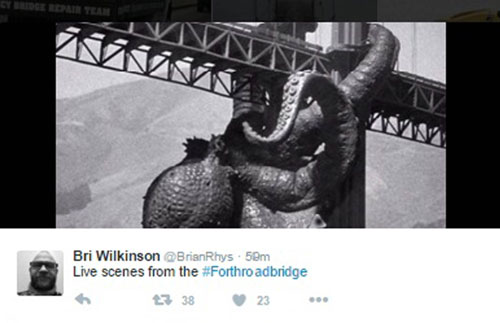 One person used a photograph of a busy train in India to predict Monday’s 8am train from Glenrothes to Waverley. 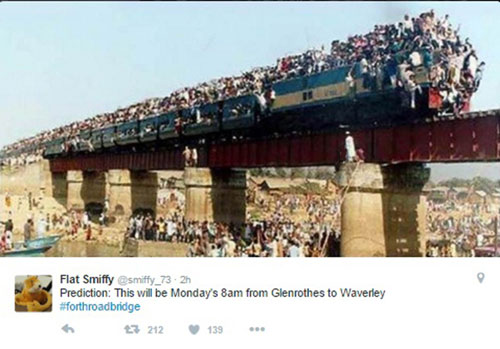 And another shared a photo of a truck carrying a huge roll of masking tape – aka the “Emergency Bridge Repair Team”. 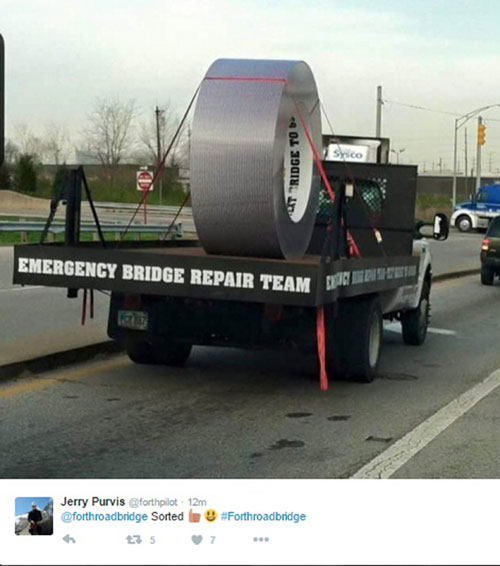 The Raft of the Medusa, a famous 19th century oil painting, was used to depict the fate of those on Cramond Island. 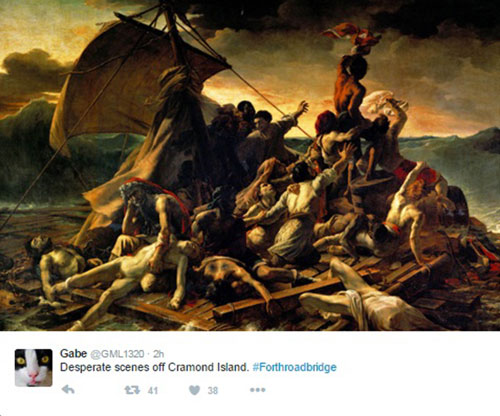 At a media conference, engineers said that a 20-mm crack in a truss under the southbound carriageway was the cause of the problem, and could not have been predicted.

They said continuing to use the bridge would “increase the risk of causing extensive secondary damage to the structure”.

Early on Friday morning, 11-mile tailbacks were reported approaching the Kincardine Bridge, the alternative route across the Forth from Fife to Edinburgh.

A dedicated hotline is to be set up to help commuters while the bridge remains closed for three weeks.