Robbie Neilson has warned Hearts they will have to prove they are up for a fight again when they face St Johnstone this weekend.

The Tynecastle head coach praised his team for the way they competed against Aberdeen on Saturday, despite going down to a 1-0 defeat thanks to Jordan McGhee’s ‘moment of madness’ in conceding a late penalty that was converted by Adam Rooney. 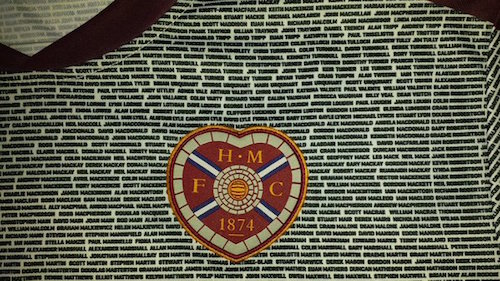 Having failed to claw back some of the ground on the Dons in second place, this weekend the Gorgie men face a challenge from one place below in the table when they travel to McDiarmid Park.

And Neilson insists the fourth-placed Saints will present a similar kind of contest to the one Hearts faced at Pittodrie.

He said: “It’s another difficult game, an away tie against a team that’s just behind us in the league.

“We’ll know what to expect from them. They’ll be similar to Aberdeen – tough, direct and they’ll play off second balls.

“We’ll have to make sure we compete again.”

Despite the bitter disappointment of losing late at Pittodrie, with McGhee’s bizarre handball gifting Aberdeen the three points, Neilson insists he was more content with his side’s display than when they drew 2-2 with Motherwell at Fir Park in their previous outing last month.

He added on Hearts TV: “I feel so much better with the performance at Aberdeen and not getting a point, than I did two weeks ago when we took a point at Motherwell – as strange as that may sound.

“The performance at Motherwell was poor and we didn’t look like we were going to play well.

“But on Saturday I thought we played well and just didn’t get the result.”