He may have been just two-years-old when tragedy struck Dunfermline, but Shaun Byrne is in no doubt what a Fife derby triumph would mean this afternoon as the club pays tribute to legendary skipper Norrie McCathie.

Byrne is a Fifer born and bred and, having been attached to the Pars for seven years, is fully aware of the magnitude of clashes between the Kingdom’s clubs. 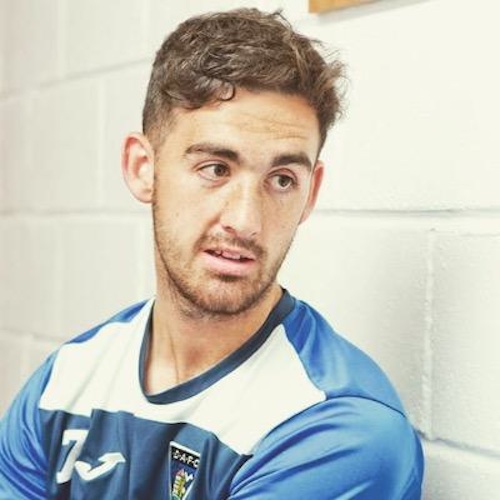 Today, Cowdenbeath are the visitors, and the emotions are certain to be laid bare even more than usual given the game is being used to mark the 20th anniversary of the tragic passing of McCathie from carbon monoxide poisoning in January 1996.

Dunfermline will wear a specially-commissioned strip to commemorate the occasion and other events are planned to pay homage to a fans’ favourite who played an incredible 576 times in nearly 15 years at East End Park.

And Byrne expects the supporters in the stand named in McCathie’s honour to play their part in ensuring the League One leaders pay their respects in the best way possible on the pitch by taking all three points against their Fife neighbours.

He said: “It is going to be a massive occasion and I think there will be a few extra fans there.

“We have had great support this season but we can look forward to the occasion and hopefully we can get the win as well for them. 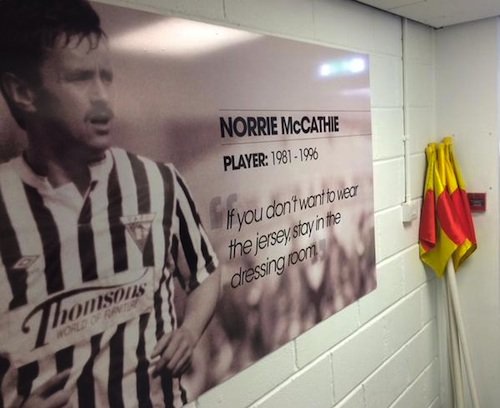 Aside from the respects being paid to McCathie, who began his career at Cowdenbeath before becoming ‘Mr Dunfermline’, Byrne knows the intensity of a Fife derby will itself ensure it is a huge day all round.

He added: “It is going to be a big game on Saturday for both clubs. It is a derby and they are always the games you look forward to playing, but it is just three points at the end of the day. We want to continue our run and just keep it going.

“Cowdenbeath are on a good run just now. They beat Ayr on Tuesday night so they have obviously been doing well and have picked up a lot since we played them at the start of the season.

“I am a Fifer and made my debut in a Fife derby as well (against Raith Rovers). It was a big game but every Fife derby is a big game and this is one that you look forward to at the start of the season when you see the fixtures.

“At New Year, the football is also talked about a little bit more. They will want to come here and win as well. It is bragging rights as well.

“It doesn’t matter how we win as long as we win at the end of the day.”