Hibernian players were quick to respond on social media to the mouthwatering prospect of an Edinburgh derby in the Scottish Cup next month.

Within minutes of the fifth round draw being made at Hampden, excitement seemed to be building within the Easter Road squad. 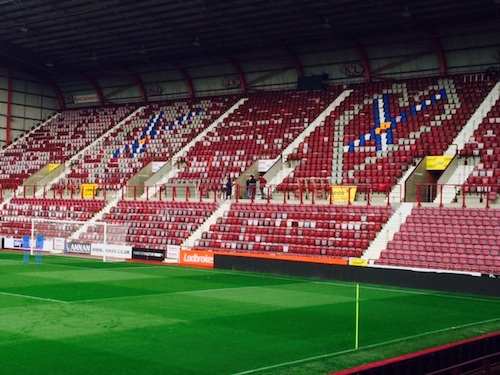 A handful took to Twitter to give their reactions to the tie that will see the teams clash for the first time since a 2-0 home victory for Hibs in the Championship last April.

Midfielder Marvin Bartley perhaps summed up the mood best, however, when he wrote: “Oh yes!!!”