Legend Pat Stanton believes Hibernian now have the players to ‘stand up’ to city rivals Hearts.

Stanton is excited by the prospect of an Edinburgh derby in the Scottish Cup next month, but confessed Hearts will be strong favourites for the mouthwatering tie.

The Gorgie outfit have largely enjoyed the upper hand in recent years, most famously in the 2012 final, and on too many occasions Hibs have been unable to match their capital foes physically. 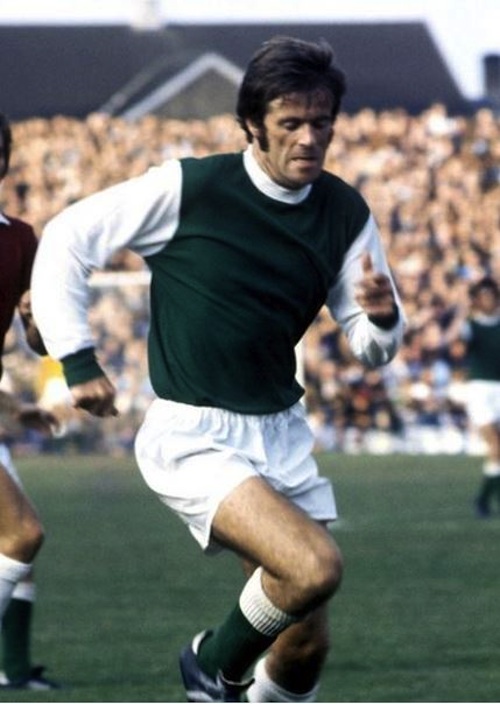 However, the Easter Road icon, who starred when Hibs won the last Scottish Cup tie to be played between the teams at Tynecastle in 1971, has seen signs that Alan Stubbs has addressed that deficiency since his arrival.

And Stanton is optimistic the men in green and white can pull off a shock to ensure their dreams of landing the trophy for the first time in 114 years stays alive.

The 71-year-old said: “It’s terrific. It’s a great draw for the fans, it’s given them something to really look forward to, and for both sides it’s obviously vital as well.

“The way things are, Hearts are the favourites. They are in the league above and they’re at home, and they’re strong at home.

“But recently Hibs have introduced a few strong players to their team. They’ve got guys like David Gray, Dylan McGeouch and John McGinn and, they might not be the biggest, but I think these guys can compete.

“There’s been times in the past when the Hibs have gone out and just not competed, but I think these guys will.

“It’s the cup and it’ll just depend on what happens on the day, and Hibs have to go there and stand up to it and get on with it.

“I always enjoyed playing at Tynecastle. There was a terrific atmosphere but you had to work hard for what you got. It didn’t matter who had the upper hand, and that hasn’t changed.”

Seeking to end a cup heartache stretching back to 1902, victory over their oldest rivals across the city would be sweet for Hibs.

However, with a League Cup semi-final against St Johnstone to look forward to later this month as well, Stanton insists promotion from the Championship back to the top-flight has to take precedence.

He added: “The priority at Easter Road is the league position. For Hibs to move up to the top league is the main thing.

“Don’t get me wrong, it would be nice to win the cup, but deep down the league is the one they have to aim for.

“They’ve got important games coming up and it’s just about gathering together and going for it.

“With their league performances, they’ve got themselves back in a position where they can maybe do something, and that’s the one that’s important.”

Meanwhile, Hibs have allowed defender Jordon Forster to leave to join Derek Adams at Plymouth Argyle on loan for the remainder of the season.