SCOTLAND has produced its own answer to The Girl with the Dragon Tattoo.

The critically acclaimed novel became a worldwide sensation after being released in 2005 – and was later adapted into a film starring Daniel Craig.

Now Scotland has its own version of the central character in the Nordic noir series.

20 year old Perth native Lisa Fiander will be the first female to join a team of so-called “ethical hackers” at the Scottish Business Resilience Centre (SBRC).

The SBRC’s team of “ethical hackers” are responsible for using their hacking prowess to identify gaps in cyber security for Police Scotland and the Scottish Government.

Lisa – currently working with the SBRC on a paid work experience placement during the third year of her studies at the University of Abertay – said: “I am hugely excited to become part of the SBRC’s Ethical Hacking programme which is clearly growing in importance and influence year on year.

“Although my course has been practical, to be put in the situation of advising businesses will offer invaluable experience, as it is so important to be at ease communicating computing matters to non-IT people.

“I am also especially proud to be the first female hacker to join the SBRC.

“With just three fellow female students on my course, I’ve always had that extra motivation to succeed – there truly is no reason for the huge under-representation of women in this industry and it is something I’m certain can and will change.”

In spite of frequent comparisons between Lisa Fiander and Lisbeth Salander from Larson’s novel – both in name and technical ability – Lisa admitted that she has never touched the books or seen the films.

She added:“As for the comparisons to Lisbeth Salander, it is purely by chance, although perhaps it is now time to see what all the fuss is about.”

Director of the SBRC Mandy Haeburn-Little, said: “Lisa is a star, personable and clearly intelligent – and I’m certain she will be a real asset in the fight against cyber crime, bringing new skills and talents to a wide team of graduated experts.

“It is so important that we have diversity and individuals from a variety of backgrounds in computing industries.

“This is especially the case in ethical hacking, where a range of creative thinking is often required to counteract devious criminals. 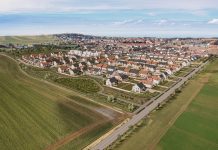