The road to Hampden has been a long and winding one for the West Lothian juniors, who will have travelled an incredible 1,770 miles after tonight’s journey to Forfar for the clubs’ fourth round replay.

Last Tuesday’s first attempt at settling the tie, which was also marred by crowd disturbances, had to be abandoned because of floodlight failure.

That was pretty much par for the course for the East Superleague outfit, whose third round encounter away to Wick Academy was postponed four times – including once just 40 minutes before kick-off after Rose had spent an estimated £3,000 on travel costs and an overnight stay. 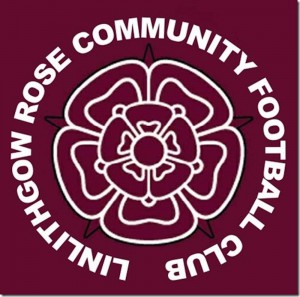 Having previously seen off Gala Fairydean Rovers in the Borders and then Clachnacuddin in Inverness, there would have been no surprises when the winners of tonight’s tie were paired with Ross County in the last-16 – away from home.

Even for someone who travels the M8 corridor between Edinburgh and Glasgow up to twice a day for his job, Weir admits the cup journeys have been draining.

However, the former Hearts and Raith Rovers striker insists Linlithgow have not grown tired of a competition they are still desperate to stay the distance in.

He said: “You could say we’ve been putting in the miles! It’s not exactly a short journey if we get through either.

“But hopefully we can progress and get the chance to play against Premiership opposition.

“A lot of the boys would love to see how they do at that level, and it would be a great tie for the club against Ross County.

“I’m used to travelling a lot in my day job as a delivery driver.

“But I’m probably doing more miles with the football than I do with my job!

“The boys were talking about it and going all the way up to Wick, only for the game to be called off late on, that was a pain.

“It was a hassle for boys trying to get time off their work, and then finding out the game was postponed again and again.

“Then, to go up to Forfar, only for the game to be abandoned, we’ve not had the best of luck in the Cup.

“Hopefully we can get it over and done with this time and get through to the next round.

“It would be a great reward for all the hassle we’ve had if we were to get through this game.

“It just shows you the character of the boys that that’s what they want to do, they want to do everything they can to play for the club and do well.”

Rose earned the replay with a 3-3 draw at home to Forfar earlier this month – after being 3-1 down with 10 men.

Weir scored his side’s all-important third goal and believes the way that pulsating 90 minutes panned out can fill the juniors with belief at Station Park tonight.

He added: “It would be great to get through this week. Hopefully we can get the right result.

“We’ve got a few players missing at the moment but the boys are still right up for it and we started quite well last week in the replay.

“After the way we came back in the first game we’ll go back up there with confidence.”