Aidan Connolly is determined to enjoy his football again at Raith Rovers after falling so far out of the picture at Dundee United that he had to – quite literally – get on his bike.

The 20-year-old negotiated his early release from United last week and has joined Rovers for the rest of the season in a bid to kick-start his career. 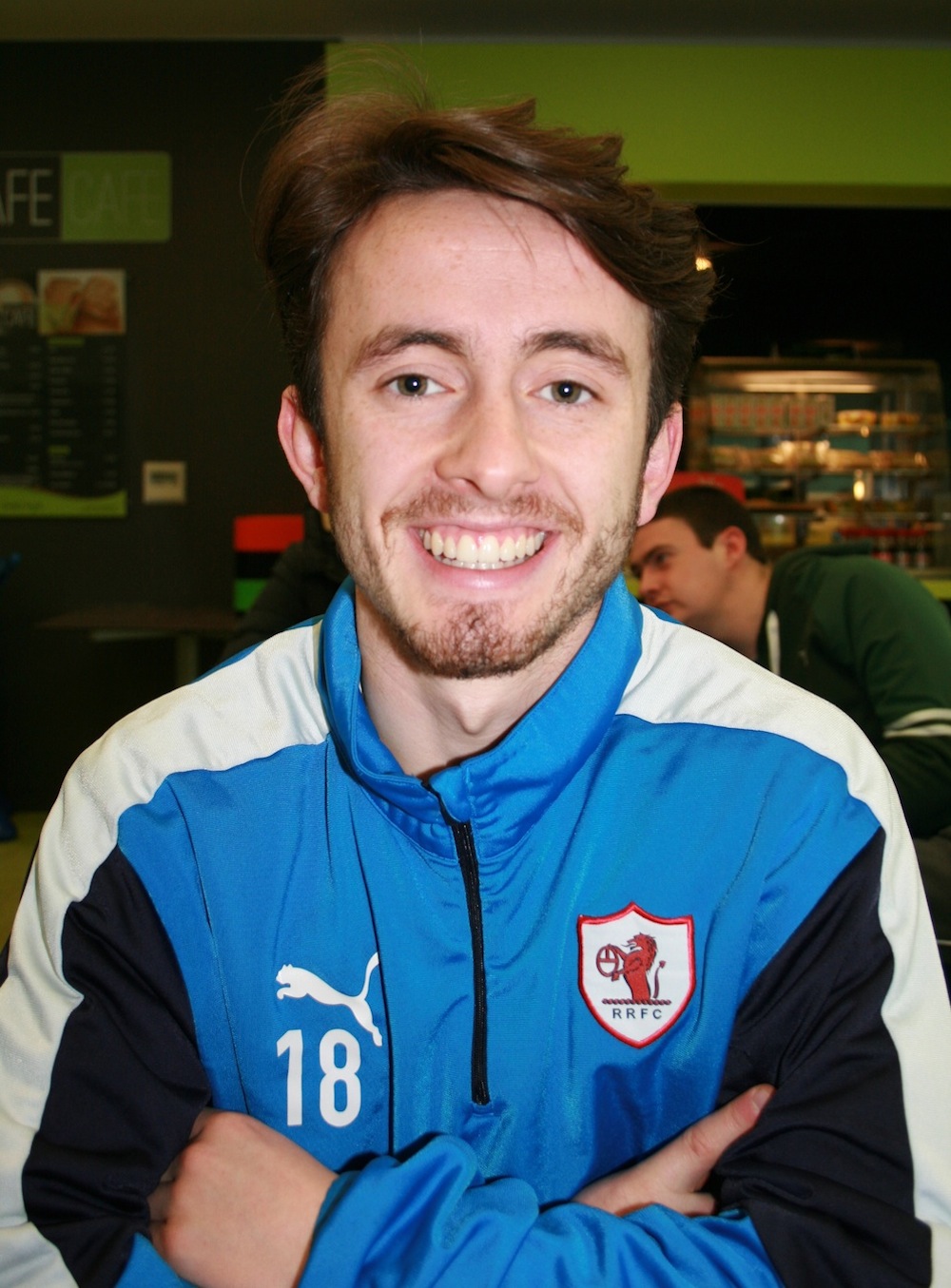 The skilful attacker moved to Tannadice in 2013 at the same time as Scotland full-back Andrew Robertson but has not been able to keep up with the progress of his former Queen’s Park colleague.

With Jackie McNamara’s sacking in September could have come a fresh start for Connolly, but instead he found himself with even fewer first-team chances under Mixu Paatelainen – and eventually forced to train on his own in the gym.

But the youngster is desperate to make up for lost time after deciding to drop down to the Championship to play under Ray McKinnon, a pal and ex-team-mate of dad Paddy.

Speaking ahead of this afternoon’s home clash with Queen of the South, Connolly said: “When I was at United, I was sitting in the stand which wasn’t good for me.

“It was time for me to develop but I hadn’t played much in the last six months or so.

“Under Mixu, I never had an opportunity but that was his choice. He never really said why but he maybe decided to have a more physical team.

“I felt I could have done something for the team but that was his choice.

“I was determined to play, no matter what level. It is for me to develop, play a run of games and then you never know what will happen.

“The manager here got in touch with me and said just come into training and we will see.

“I was still with United but I wasn’t even training with the team. I was just going to the gym and cycling but that’s the way it goes sometimes in football.

“So it was good for me to be back training with Raith. I want to be playing football every day so I was delighted to sign with the club.”

Connolly managed just 11 appearances for United this season but only one was a start and just four came after the appointment of Paatelainen in October.

He was given an instant debut for Raith, however, in last weekend’s 0-0 draw with Dumbarton and will be expected to grow into one of the focal points of the Rovers attack in the coming weeks.

Having failed to score in their last four games, the Stark’s Park outfit will be hoping Harry Panayiotou, signed on loan from Leicester City, will help provide a scoring touch at home to Queen of the South this afternoon.

And Connolly is aware he is not guaranteed the matches he was denied at Tannadice.

He added: “I just want to play as many games as I can, score some goals and hopefully get into the play-offs.

“The manager has said to me that I need to perform to stay in the team.

“It is a massive game this Saturday against Queen of the South so hopefully we can get a win.”