ANGRY parents have lashed out at council chiefs after Storm Gertrude collapsed part of a primary school built just 10 years ago.

Oxgangs Primary in Edinburgh was shut after tonnes of bricks fell from the side of the building and onto a footpath where five-year-old children regularly play.

Parents want to know how the catastrophic failure happened and said there could have been a tragedy if the collapse had happened a few hours later. 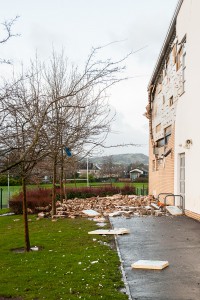 Some reported that there had already been attempts to fix damage to the building two weeks ago.

And others pointed out that a tiny, wooden Wendy House in the grounds was untouched while a modern building had been severely damaged.

Corinna Nesbitt, who has three children at the school, said: “It’s terrifying. It’s a relatively new school – you don’t expect walls to fall off a school. It should be built to stand up in any conditions and it’s Primary 1s who play in that area.”

She added: “The crazy thing is their little pixie house has withstood the wind but the building wall has not.” 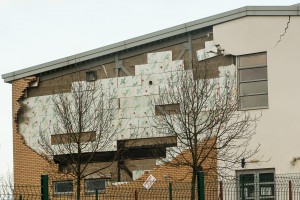 Ann Brydon has lived across the road from the school for 10 years and has a little girl, Emily, in P5.

She said: “It’s very concerning. Emily’s class is at that end…in the morning we go round that way. It could have been a lot worse.”

Gail Redpath, 43, has twins in Primary 7 at the school and described the whole incident as “terrifying”.

She said: “It is the worst school for being exposed to winds. It’s only about 10 years old so I would love to hear what the council have to say about it because whoever built it mustn’t have done a very good job.

“I wouldn’t feel same for my kids to come back any time soon. I just think it’s a shame because this is a new school so this shouldn’t be happening. It’s tax payers money. 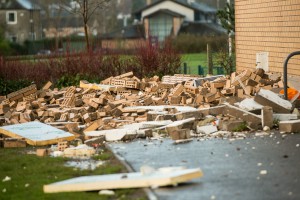 “It’s a brilliant school but not if it’s going to be unsafe. I was going to send my kids to Craiglochart because I went there. It’s about 100 and odd years old but I bet that’s still standing this morning.

“It’s terrifying to think that what could’ve happened if it was at 8.50 when kids were going in. It’s fallen from such a height it would’ve ended in so many fatalities.

“It makes me feel sick because this it’s where the wee ones walk through. It’s outrageous.

“The lack of communication is concerning. It was just a case of phoning other parents this morning as we never found out from the school. I’m just so grateful nobody was killed.”

Another parent, who did not wish to be named, said: “You’ve got to wonder if it’s just been badly built. It should be built to withstand these conditions so it’s worrying. Luckily no kids were there.” 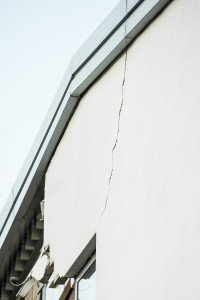 Photographs show a huge mound of bricks piled several feet high around the edge of the school, exposing the inner steel and breezeblock.

Parents were informed that the school was closed early on in the morning, and some children who turned up were sent back home.

In 2014, a 12-year-old girl was killed when a wall collapsed at Liberton High School in Gilmerton, Edinburgh.

Keane Wallis-Bennett was injured when a free standing changing room wall fell on her.

She received medical treatment but died at the scene. 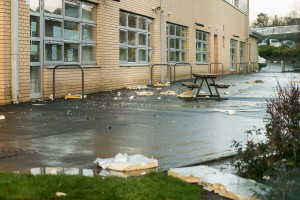 A spokesman for the City of Edinburgh council said: “Oxgangs Primary School is closed today due to storm damage. Investigations are being carried to establish the cause and parents will be kept updated on when school will reopen.

“A structural engineer is currently on site surveying the area.”

They confirmed that a structural fault reported two weeks ago was metal “flashing” on top of the roof, which had subsequently been fixed.

Severe weather warnings were put in place across Scotland as Storm Gertrude battered the country.

Gusts of 90mph were recorded in South Uist, with ‘danger to life’ warnings issued for Shetland.

Pictures show fierce waves battering a promenade in Oban, as fearless drivers decided to brave the weather and take to the roads.

A man in Edinburgh was knocked down by flying debris and was treated for injuries at the Edinburgh Royal Infirmary.

There were also reports that a piece of metal roofing at Edinburgh College had blown off and may have hit a bus.