Dumbarton have completed the signing of former Hearts and Dundee striker Christian Nade following his release by Hamilton Accies.

The powerful front-man departed New Douglas Park at the weekend after failing to cement a first-team place this term, starting just four matches for the Lanarkshire outfit.

He scored three goals for the club, including a dramatic strike on his last outing for Accies, a 4-3 defeat against Inverness Caledonian Thistle on December 30. 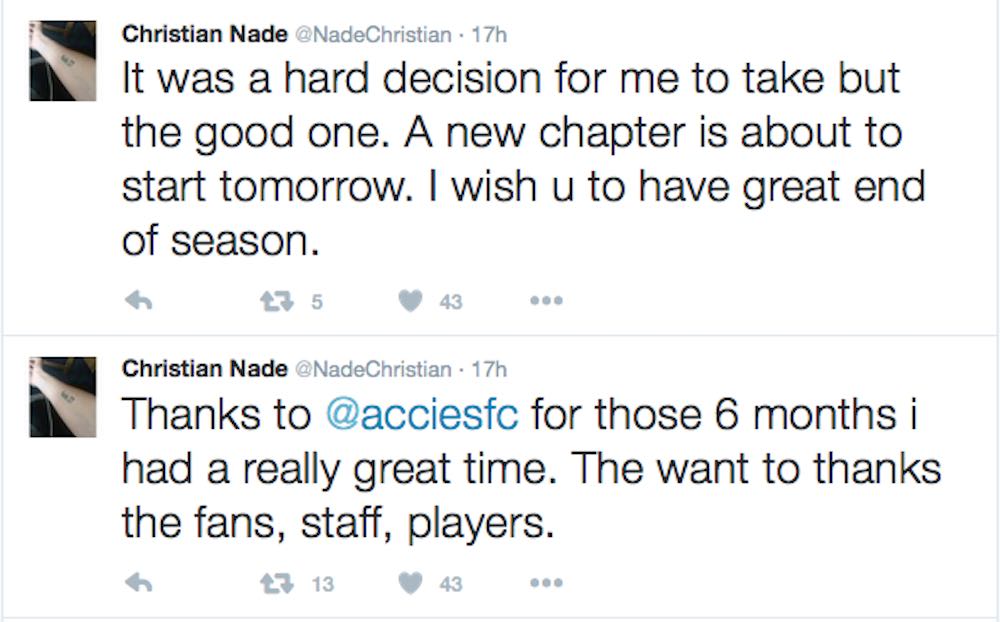 And Sons boss Stevie Aitken was delighted to capture the 31-year-old, who has been on his radar since December.

Aitken beamed: “I’ve been trailing Christian for 5 or 6 weeks now and I’m absolutely delighted that Ive got him to sign for us.

“He’ll be an important piece of the squad’s jigsaw as we look to head up the league table in the run-in ahead of us.”

Nade is likely to make his debut in Saturday’s Scottish Cup fifth round tie against Dundee, a club where he remains fondly remembered after helping them to win promotion from the Championship in 2014.

The former Troyes, Sheffield United, Alki Larnaca, PTT Rayong and Raith Rovers forward tweeted: “Thanks to @acciesfc for those 6 months I had a really great time. I want to thanks the fans, staff, players.

“It was a hard decision for me to take but the good one. A new chapter is about to start.”