RESIDENTS of Scotland’s biggest city receive more than 50 pothole compensation payouts a month on average, two thirds of which are for personal injury.

In the biggest cases, two Glaswegians each received £35,000 compensation for injuries suffered as a result of potholes.

And of the £1.4m total compensation paid out over the past four years, just 32% was to cover damage to vehicles.

The information was revealed in a Freedom of Information request which Glasgow City Council initially refused to answer without the payment of a fee. 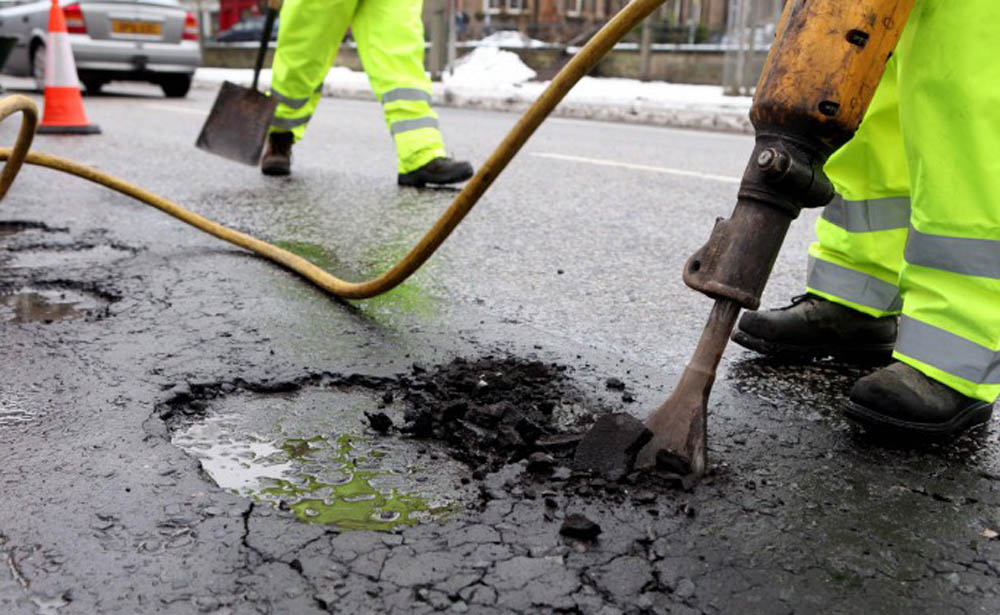 Critics of the council described the payouts as “incredible” and said it was “disgraceful” that officials appeared to have tried to hide the information.

The documents reveal that Glasgow council received an astonishing 33,340 complaints about potholes over the four years, an average of almost 23 a day.

The FoI request was made to all Scottish councils but Glasgow was the only major authority to try to demand a fee – of £40 – for the information.

A spokesman for Taxpayer Scotland said: “It’s disgraceful that the Council tried to hide this information; you have to suspect that they are either unwilling to admit to the extent of the problem, or how to deal with it.”

He added: “Taxpayers shouldn’t be paying out hard-earned cash on compensation claims; we expect to pay for workers with shovels and tarmacadam.

“It appears that a schedule that dealt with more than two holes daily would sort out the problem; and that should be the focus of a small dedicated specialist management team and a publicly declared effort.
“Glasgow needs to put its risk management experts to work. They should come clean, localise the solution to local community depots, and avoid having meetings about plans, just get it done.”

Director of Policy and Research at the Institute of Advanced Motorists, Neil Greig said: “What a waste of valuable money that could have been spent on improving Glasgow’s roads.

“By allowing its roads to deteriorate to such an extent Glasgow council has ended up paying out even more and it still has to fix the potholes on the network.

“It is only by ring fencing long term funds for road maintenance that the problem can be solved.

“Engineers know what they have to do they just need long term commitment so they can plan properly.”

Scottish Conservative local government spokesman Cameron Buchanan said: “This is quite an incredible amount of compensation being paid out by Glasgow City Council because of potholes and the fact the local authority initially refused to provide the statistics shows they have something to hide.

“I’m sure many hard-working Scots will be appalled that their cash is being continually spent on so many claims and the council is trying to cover it up.

“With local authorities facing huge pressures to become more efficient, the SNP Government and local authorities should be working together to repair our roads properly and fix potholes rather than throwing money from the public purse down the drain.”

“The positive trend in the reduction of weekly potholes reported by the public over the last three years is reflected in the number of claims received and the number of pay outs over this period.”

The original FoI request revealed that Renfrewshire Council had paid out £12,665 to the owner of a damaged vehicle.