One female prison officer attacked each week in Scotland

ATTACKS on female prison officers have more than doubled in the past two years, according to new statistics. 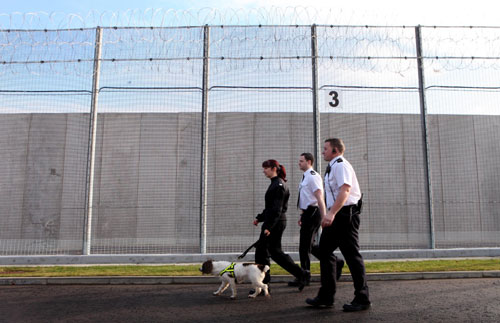 The “worrying” figures show that last year, there was on average one attack per week on women warders employed at Scotland’s 15 jails.

There were 51 such attacks last year, a big increase on the 33 recorded the previous year and a huge jump of the 22 assaults in 2013.

The figures were revealed in a Freedom of Information request which showed that since 2010 there have been a total of 242 attacks on female prison officers.

Although the past three years have seen a big rise in attacks on female prison officers, last year’s total is below the worst year, 2012, when there were 56. The year before that there were 44.

The vast majority of female prisoners are incarcerated at Cornton Vale, near Stirling, but female prison officers are also employed in men’s jails.

The Scottish Conservatives have urged the Scottish Prison Service (SPS) to “do all they can to stop these incidents from happening”.

Chief whip John Lamont said: “It is worrying that the number of female prison officers assaulted has increased.

“Prison officers work very hard under difficult circumstances and should not feel under threat or in danger at work.

“The SNP government and SPS should be doing all they can to stop these incidents from happening.”

The newly released figures come at a time when attacks on both male and female prison staff are at their highest for the past decade, with 4,568 carried out between September 2014-15.

Serious assaults have also doubled in the past three years, with 595 in the most recent period.

The availability of so-called “legal highs” have been identified as a key factor in the surge of violent incidents behind bars.

A report by the Scottish Public Services Ombudsman last year concluded that new psychoactive substances are now the most serious threat to the safety and security of jails.

A spokeswoman for the Scottish Prison Service said: “Given the nature of their work, prison staff can work with difficult individuals and on rare occasions assaults on staff unfortunately do occur.

“We recognise the importance of providing a safe environment for our staff and it is our policy that all assaults on staff are reported to the appropriate authorities.”

Repeated attempts were made to contact the Scottish Prison Officers’ Association but no-one was available for comment.