Neil Alexander has warned Hibs that there will be no repeat of Hearts’ Edinburgh derby sloppiness after admitting that the Jambos thought they had the game won at half-time last week.

The 37-year-old pulled no punches ahead of Tuesday evening’s Scottish Cup replay, insisting their second-half collapse against the Hibees was unacceptable.

Having raced into a two-goal lead through Arnaud Djoum and Sam Nicholson, Alexander concedes that Robbie Neilson’s men let their standards slip after the break at Tynecastle as complacency kicked in. 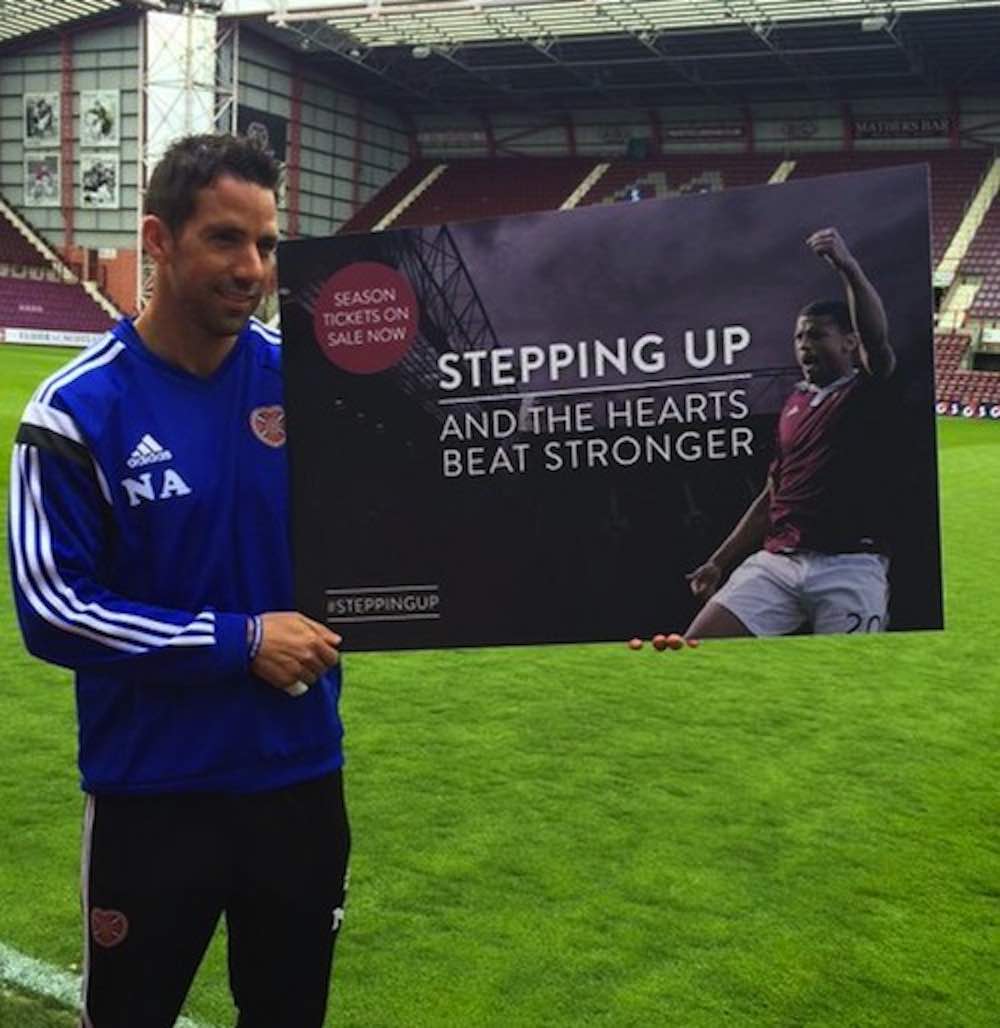 And their city rivals took full advantage, with strikes from Jason Cummings and Paul Hanlon in the final 10 minutes taking the tie back to Easter Road.

“Did some of us think the job was done? Possibly, yes. Perhaps we thought at half time that the game was won and we’ll just see it out,” he said candidly. “That was the wrong way to approach it and we should have been much better in the second half.

“It’s especially poor given how well we have generally defended this season.

“We stopped doing what we did in the first half, which was our fault. We knew whoever got that third goal was going to be massive – and it proved to be costly for us. But we’ll learn our lesson – you learn the hard way sometimes.

“We won’t fall into the trap again and we’ll try to put it right on Tuesday.”

Hearts boss Neilson come in for plenty of flak from the punters within Tynecastle and online, despite the Jambos remaining in the competition and flying high in the top-flight.

Alexander admits that is par for the course when representing a club the size of Hearts. However, he concedes that the expectation levels can be a challenge.

He added: “When you give up a two-goal lead you are going to face criticism, regardless of whether it is Hibs or anyone else. That comes with job.

“That can make things difficult, it puts a lot of pressure on the team, especially the young lads. Some of us can handle it, some can find it difficult to play in those conditions.

“But those high standards from the fans are a credit to how well we have done. The fans want us to get better and better and that is normal, but we can’t get carried away. There is a long way to go this season and we have a lot of learning to do.”

Meanwhile, Alexander has revealed he has held brief talks with Neilson regarding a new contract, with all parties concerned evidently happy for the former Scotland goalkeeper to remain at Tynecastle.

As well as maturing “like a fine wine”, Alexander is also taking his first steps into coaching at Tynecastle and he cuts a content figure in the capital.

With the prospect of returning to European football next season a real possibility – either through a Scottish Cup win or via their lofty league position – the defeated UEFA Cup finalist of 2008 is determined to be between the sticks for Hearts next season.

He continued: “I’m out of contract in the summer. I’ve briefly spoken to Robbie and he has told me he is keen for me to stay but that is as far as it has gone but hopefully we can get something sorted.

“People keep telling me not to retire to early because I will regret it so I want to play as long as I can.

“I’ve not done too bad for myself. I’m like a fine wine, getting better with age . . . I’m vintage! I’m feeling great, enjoying my football and being part of what we are building here

“Europe would be a big carrot. It’s massive. At the start of the season, if someone had guaranteed European football then we would have bit your arm off.

“It will be a big incentive for me to stay and hopefully it will attract more players to the club so we can add more quality to the squad.

“I’m enjoying the coaching side too and I’m hoping it will be a job for me for the rest of my life.”