Hibees’ phone prank on rivals gets over 170k views

AN ECSTATIC Hibs fan’s hilarious prank on his Hearts rivals has chalked up more than 170,000 views on Facebook.

Hibs knocked their Edinburgh rivals out of the Scottish Cup earlier this week and celebrating fan Kyle Anderson couldn’t resist rubbing it in.

Kyle filmed himself calling Hearts, politely asking the female operator: “I was just wondering when the tickets for the cup quarter final come on sale?”

After an awkward pause, the telephone operator responds with a tight-lipped: “You do know that they went out of that yesterday?”

Kyle immediately erupts with a ear-splitting jeer before telling his poor victim: “Get it right round you! Come on the f****** Hibees, yeah.”

The short clip ends with a Hibernian FC bag taking pride of place on the passenger’s seat. 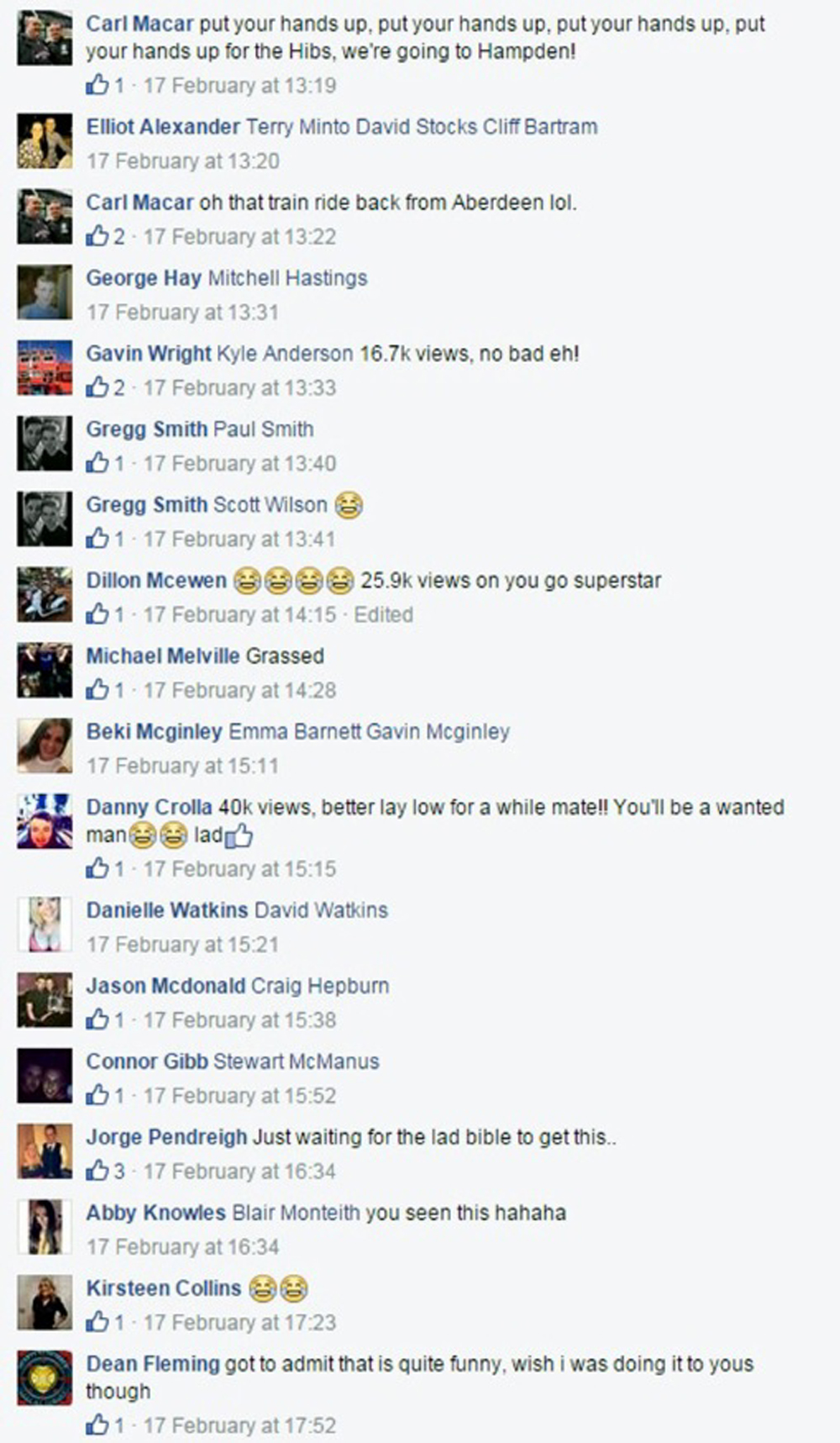 Kyle posted his clip with the caption: “When you phone up to get big cup tickets then realise you were knocked out by the wee team.”

The video has since been viewed 172,000 times and shared by almost 3,000 Facebook viewers.

Ecstatic fans took to the post to mirror Kyle’s delight.

And a family friend, Vicky Laird, said: “Your dad was still playing this last night. Haha”

One defeated Hearts fan, Dean Fleming from Edinburgh, even chimed in writing: “Got to admit, that is quite funny. Wish I was doing it to you though.”

Hibernian booked their place in the Scottish Cup quarter-finals with a 1-0 victory over their rivals Hearts on Tuesday night.

Striker Jason Cummings scored the goal in the fourth minute that left Hibs and half of Edinburgh on a high.