Important summit to reduce the devastating impact of metal theft 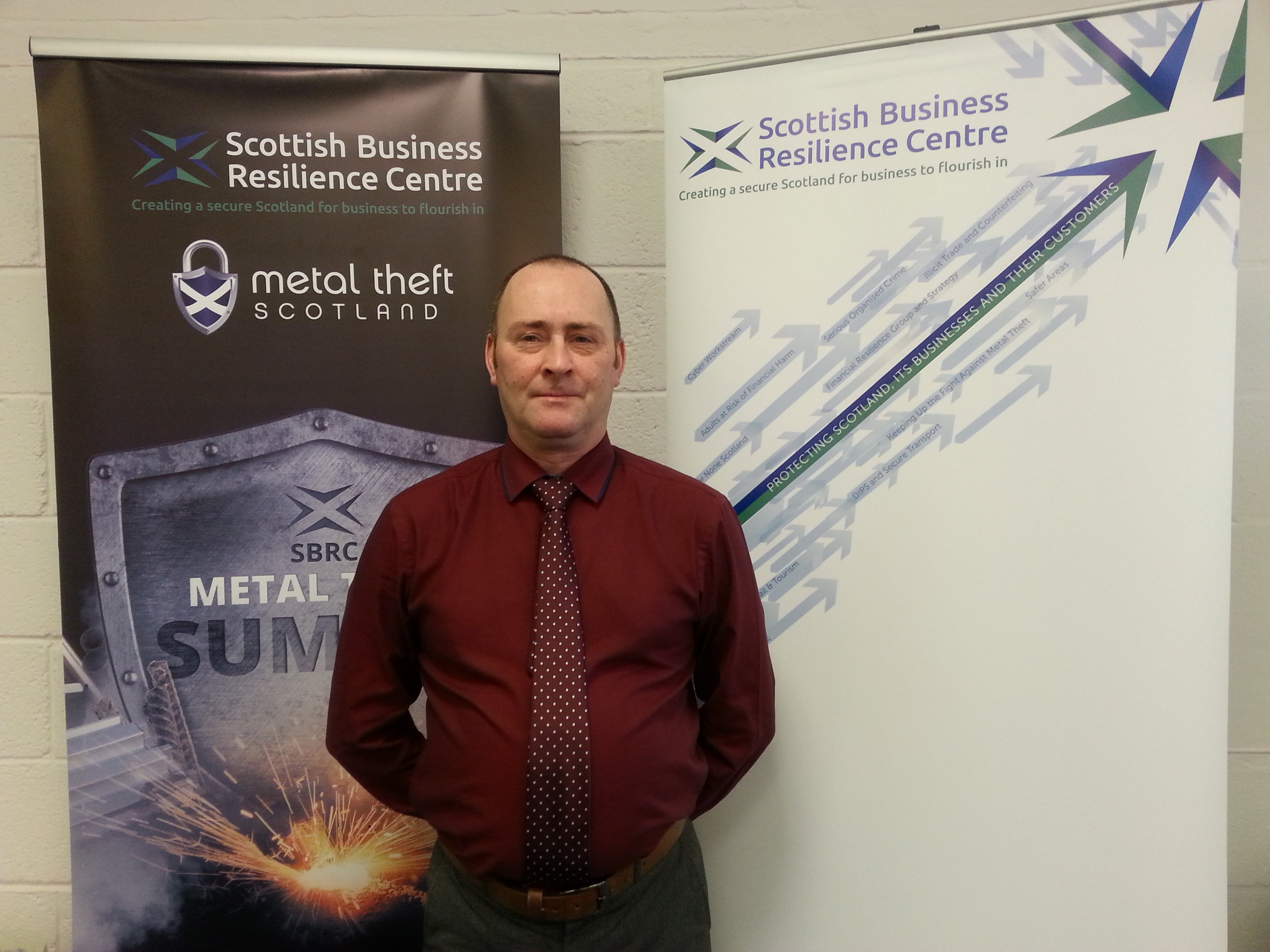 Following the success of a UK wide initiative to highlight the scope and scale of metal theft, the Scottish Government’s business resilience delivery arm has announced a summit to further increase knowledge and reduce impact.

The conference, hosted by the Scottish Business Resilience Centre (SBRC), will look to draw on a number of industry experts and enforcement agencies to highlight the damaging implications that metal theft has across all manner of Scottish businesses and communities.

Taking place on February 23rd at the Scottish Fire and Rescue National Training Centre in Cambuslang, delegates will learn about methods to reduce vulnerability and increase reporting and vigilance.

SBRC members and non-members alike are being encouraged to attend, to gain access to relevant authorities ahead of a significant change to legislation, anticipated to come into force on 1st August 2016, which will lead to tighter rules regarding the trade of scrap metal.

Jim Scott, Metal Theft and Business Resilience Lead at SBRC, said: “This Metal Theft Summit will bring together key voices and leaders on a crime which continues to severely harm businesses and wreak havoc in communities – whether that be through stolen lead in church roofs, catalytic converters stolen from vehicles, or live overhead cables being stolen resulting in loss of power to private dwellings and commercial properties.

“In part of tackling metal theft, we must look to improve reporting and vigilance, as well as raise awareness of the responsibilities faced by those who trade in scrap metal – especially in the lead up to the legislation changes.”

Alongside British Transport Police, the SBRC has been working in partnership with Police Scotland, DWP, SEPA and Trading Standards to ensure the success of Operation Scandium – an awareness raising initiative, which included stopping vehicles across major Scottish towns and cities to educate drivers about scrap metal legislation.

Jim added: “Operation Scandium has been extremely successful in making people conscious of issues of metal theft, but these crimes still continue to be a problem.

“Although Operation Scandium has been successful in increasing knowledge, metal theft is still and issue as it is a cash rich industry. Until the new legislation is put in place, summits such as these are extremely important in underlining what people can do to help reduce these crimes.”

“Partnership working and utilising a vast base of expertise can make a real impact in assisting Scotland’s economic recovery and in creating a hostile environment for metal thieves.”

Operation Scandium was launched in July 2015 and aims to ensure scrap metal dealers and those who trade in scrap metal are informed of their responsibilities under legislation contained within Air Weapons and Licensing (Scotland) Act 2015.

“Operation Scandium, which is supported by the Scottish Government, is a multi-agency phase of pro-activity designed to educate and inform scrap metal dealers and those who trade in scrap metal about their responsibilities under the legislation. We will continue to work closely with the industry and a wide range of partners to ensure the impact of the new legislation is communicated and understood”.

“While we have seen a welcome decrease in the number of incidents from a high of several years ago, metal theft continues to disrupt and inconvenience industry and the public as well as being costly to rectify.”

The new legislation will stop cash payments being made when trading scrap metal, only cheque or bank transactions will be allowed to ensure all transactions are traceable. Scrap metal dealers will also be asked to have more robust record keeping, photographic record evidence and to keep records for 6 months.

Tickets for the event start from £25, with exhibitor opportunities also available on request.

Both delegate and exhibitor application forms are available from: http://www.sbrcentre.co.uk/