GORDON Ramsay has reignited his feud with vegans and vegetarians – by claiming he’s allergic to them.

The top TV chef made the comment on Twitter yesterday after being asked by one of his fans if he had any allergies.

The remark by the Hell’s Kitchen star, whether intended as a joke or not, prompted an angry response.

Tay Camb wrote: “Funny you should say that when they’re trying to limit all forms of animal exploitation.”

David Hedge said: “It’s not about what we eat it’s what we don’t eat. We are superior to you and always will be.”

?And Liam Gerald Shone wrote: “As a chef I would’ve thought you would be able to appreciate other foods and styles of cooking.” 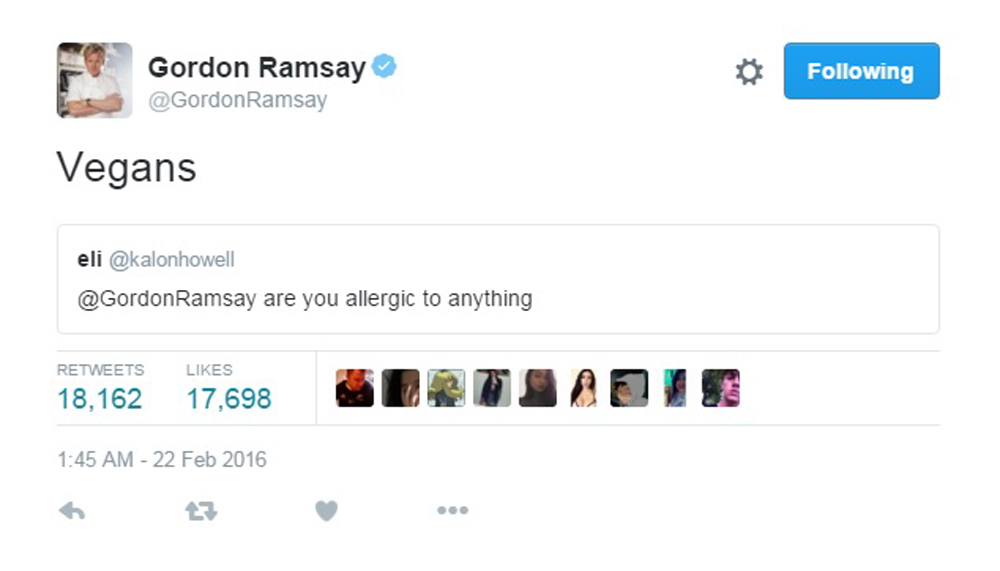 The post received over 17,000 likes and 18,000 retweets with many followers posting mock up photos poking fun at vegans.

Jimmy Pierce, spokesman for The Vegan Society, said: “Whether Mr Ramsay still thinks meat is macho, believes he needs it to maintain his masculinity or he is just incredibly intolerant, I don’t know.

“Given all his years of experience, I’m sure he’s well aware of the extent of exploitation and cruelty in the animal food industry, and the health and environmental consequences of animal products. Either he doesn’t care or it’s all for show – I suspect the latter.

“We’d love to see him take on our 30 Day Vegan Pledge. When he realises how good it makes him feel, he’d soon change his tune.” 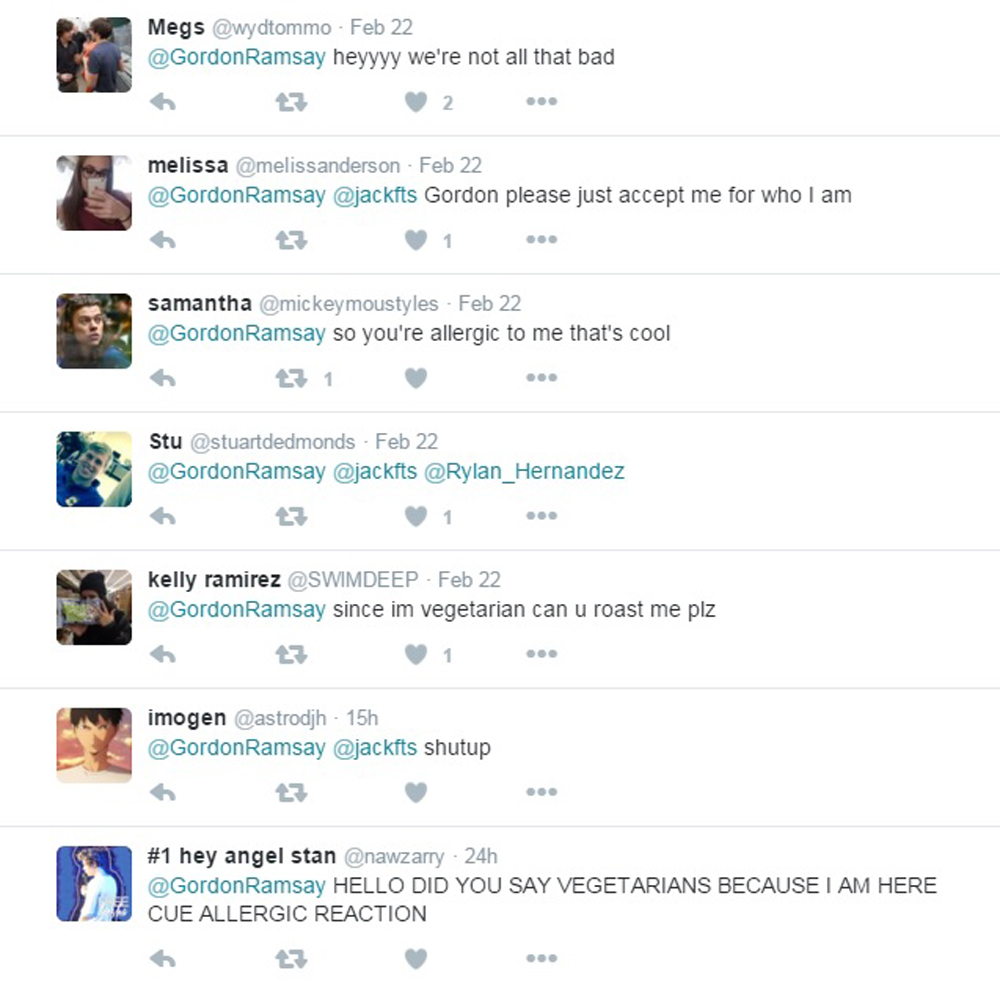 In 2012 Ramsay came under fire after he said “My biggest nightmare would be if the kids ever came up to me and said ‘Dad, I’m a vegetarian.’ Then I would sit them on the fence and electrocute them.”

He added: “If my daughter ever grew up and married a vegetarian, I’d never forgive her.“

After hearing the comments, Sir Paul McCartney, who has not eaten meat for over 30 years, said: ‘I just read a quote from Gordon Ramsay… ‘If my daughter ever grew up and married a vegetarian, I’d never forgive her.’

“I think it’s a case of live and let live. I will talk to people about the advantages of vegetarianism, and it will upset me if we’ve had a good conversation and they turn around and say something stupid.”

And in 2007 while appearing on one of his show, Ramsay told popstar Cheryl Fernandez-Versini: “Didn’t you get the message? Vegetarians aren’t welcome here.“