TROUSERS have been dropped at the Scottish Parliament – according to the institution’s lost property department.

A stray pair of suit trousers was handed to parliamentary staff last year, kept for a month at Holyrood, and – strangest of all – handed to Police Scotland.

The misplaced pantaloons, recorded as “1 x suit trousers”, were among dozens of items handled by lost property staff at the Parliament between January 2015 and last month.

According to a request under the Freedom of Information Act, also handed in were a cardigan, fleece, jacket, glove and two cufflinks.

Whether these items were lost separately or – together with the suit trousers – in the throes of passion, is not recorded.

But political insiders were quick to speculate about possible owners of the trousers.

One Labour figure cheekily suggested the lost breeks might belong to Alex Salmond.

Mr Salmond has form for trouser trouble, famously forgetting to pack a tartan pair on a 2011 trip to China and then billed the taxpayer £259.40 to replace them.

Another party insider went to the time and trouble of ringing round MSPs. “Sad to say none of our MSPs has claimed the missing trousers,” he said.

“I haven’t seen anybody walking around the corridors in their boxers if that’s what you mean.”

A Tory figure mysteriously responded: “Oh God, they weren’t yellow were they?”

And a Liberal Democrat urged: “I’d love you to find out.”

The 49 other lost items included £50 in a “leather case”, a hearing aid, a Driving Theory CD-Rom, and a toddler’s backpack.

Worryingly for security, three memory sticks and a laptop were also among the lost items.

A Scottish Parliament spokeswoman said: “I can’t give you any details about the trousers as lost property is collected weekly and taken off-site.

“Sadly, our records don’t contain any details about the lost trousers.”

Pressed for more detail, the spokeswoman explained: “The property is collected by the Police Unit and taken off-site. Where it goes from there is matter for Police Scotland.

“I understand that it is a space/storage issue.” 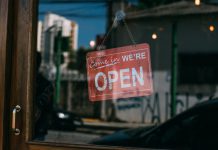