Hearts star Sam Nicholson on his European and Scotland dream

Hearts star Sam Nicholson is dreaming of a fairytale finish to the season as he targets European qualification and attempts to gatecrash Gordon Strachan’s Scotland squad.

The 21-year-old was a stand-out for the Jambos on Saturday as they got back to winning ways with a 1-0 triumph over Kilmarnock, tormenting the visitors with direct running and striking the post with a second half header. 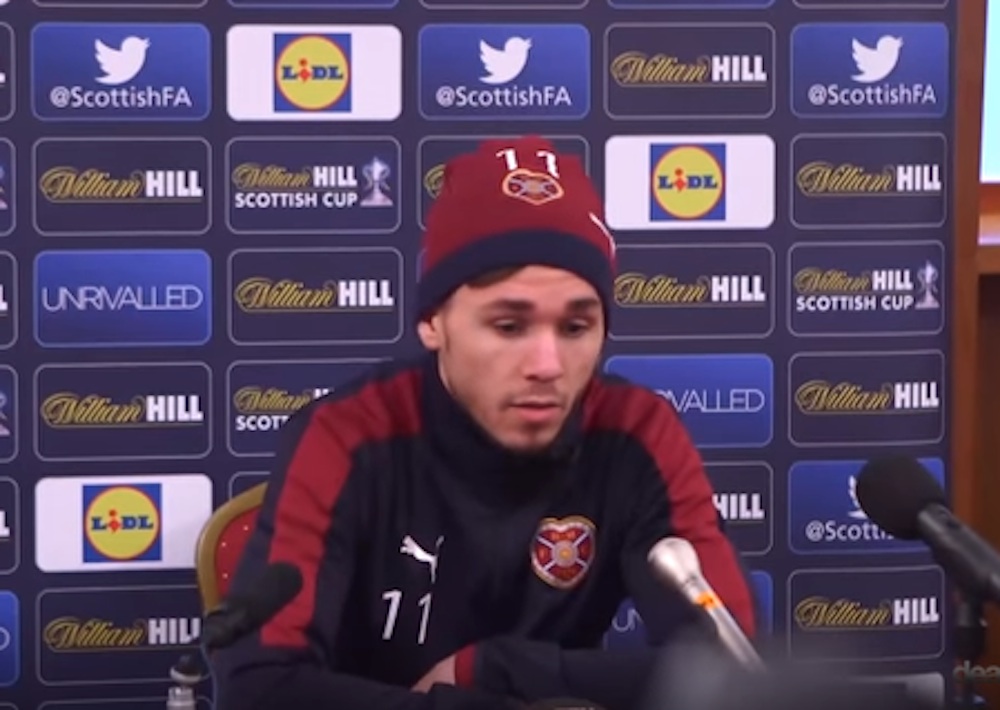 The victory, secured by an early Jamie Walker goal, saw Hearts open up an 11-point lead in third place over St Johnstone and Ross County.

They are odds-on for a return to the Europa League next term for the first time since the 2012/13 season.

Nicholson beamed: “Playing in Europe would be massive. Considering this is our first season back in the Premiership, finishing in the top three would be a brilliant achievement.

“We are still pushing to see how high we can get, but European football would be amazing.”

While Nicholson is buoyed by the prospect of a continental campaign, he is also hoping to catch the eye of national team boss Strachan, who will pick two separate squads for the upcoming friendlies against Czech Republic and Denmark.

The Scotland under-21 regular has scored five goals in 31 appearances for the Jambos this term and is sure to be among a clutch of youngsters considered by Strachan as he experiments ahead of the 2018 World Cup qualification campaign.

Nicholson said: “The way I play in the next few games will determine that [whether he is in Strachan’s thoughts]. I’m just trying to do my best for the team and push as high as possible in the league.

“To get in one of those squads would be a massive bonus and it would be a real honour to represent your country.

“The only way I will know whether I’m ready for that level is if I get tested at that level. That has to be your target – playing for your country and performing at the highest level.”