Hearts legend Rudi Skacel is on the lookout for a new club after leaving Mlada Boleslav.

The 36-year-old attacking midfielder joined the Czech club in his homeland at the start of the season and played alongside former Liverpool marksman Milan Baros under manager Karel Jarolim.

But the experienced playmaker has terminated his contract by mutual consent and the two-time Scottish Cup winner is now keeping his options open. 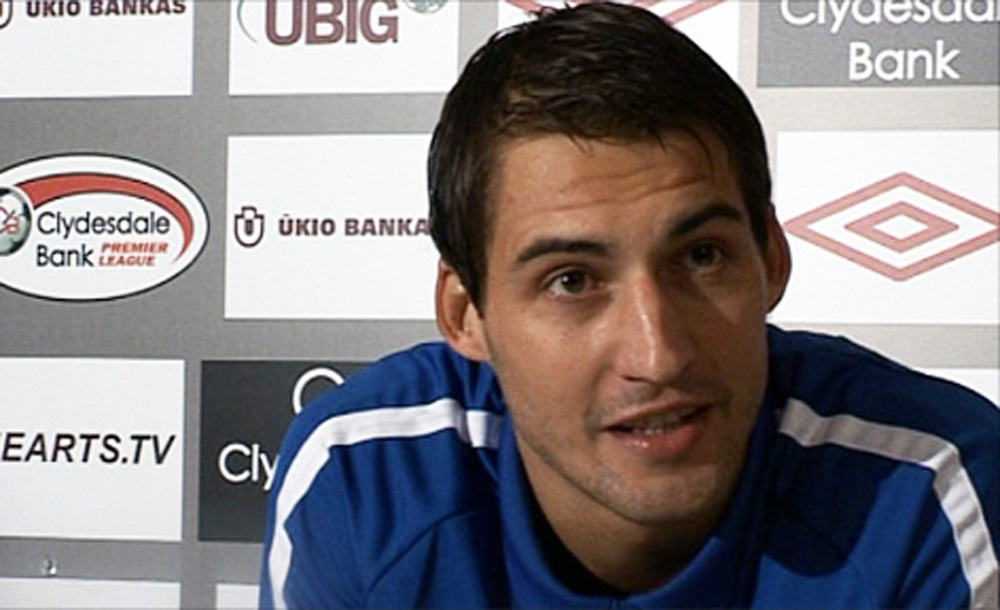 It is understood that Skacel is not yet considering retiring and would be open to a return to the United Kingdom if an opportunity arose.

Skacel became a firm fans favourite during his two spells at Hearts, scoring a total of 48 goals, and also played for Dundee United during the 20121/13 campaign.

“I signed a deal for one-year and I feel really well and I’m enjoying football again.

“Milan Baros is also here and we try to help the younger players.

“At this moment I feel fit and the fact I can still keep up with the young boys gives me energy and motivation.”